Last week there was some movement on discussing Vulkan Blender integration. This post will give the status of the Vulkan project and updated reasoning.

Currently there are no active developers working on Vulkan integration in Blender. Although many decisions are driven by this API. If you have some ideas/comments or want to participate in such a project please get into contact with us by leaving a reply or via #eevee-viewport-module on Blender chat.

Why do we want to support Vulkan in Blender?

What has been done so far?

What still needs to be done?

Although this doesn’t seems to be a lot of work, keep in mind that 10 times more lines of code needs to be writte for Vulkan than OpenGL; even to display a triangle on the screen. And in case of executing this for Blender you won’t be able to see any pixels, until the final phase of the project.

AFAIK OpenSubDiv doesn’t support Vulkan yet. There might be some ways around it (sharing data between an OpenGL and Vulkan context), but that would be far from ideal and error prone.

Thanks for the nice overview and status update. Much informative and appreciated.

exciting, after the port won’t blender be able to run on sideloaded oculus quest 2?

We don’t know if that would work out if the box. If it supports openxr it might. But best to test after the project is finished.

Note we are building a highway. A car builder can build a car that can drive on that highway. Asking a roadbuilder about if it supports a specific electric car should be asked to the car builder.

Can you implement some functions natively from vulkan in Blender, for exemple i know since 1 weeks vulkan suppoorts officialy Mesh shading (Meshlets), but can you think we can develop a half-geometry data like use basic in edit mods / objecct mode etc. And compile one version works only with meshlets for improve render-time for exemple ? 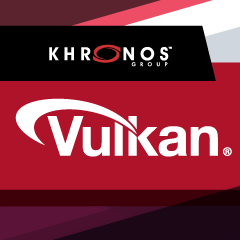 Depends on how widely mesh shaders will be supported by all the platforms. Currently MeshShaders are an optional extension so not yet. If in the future this is supported by more platforms and we have a use for it we will. But until then I doubt that we will add an API for platform specific features due to maintenance reasons.

Your second question is about occlusion culling and adaptive rendering. We are keeping our eyes open and discuss upcoming technologies. Note that when adapting technologies you also adapt the stuff that isn’t working that well. The meshlets in UE is AFAIK for static and non-transparent meshes and requires preprocessing. As Blender is an 3d content editor we don’t make the distinction between static and dynamic geometry. For this we need to find a solution that works for well for our users.

Currently there are no active developers working on Vulkan integration in Blender.

No timeline because no one is working on it

I think there is another important reason for a vk backend for Blender.
Without Vulkan you can’t even use subgroups(wave in HLSL) in compute shaders, which is already practically & widely used in rendering applications & games (Unreal Engine, Unity, recent 3A games). They use subgroups to efficiently implement advanced GPGPU algorithms(parallel scan, segmented scan, reduction, histogram, radix sort, compaction, etc). As Blender thriving to chase up the industry standards, this is indeed a very fundamental and urgent topic.

Yes there are many performance and functionality stuff that should be added, but perhaps for timing this can be only be done after the base is ready. I do think Blender functionality should be added that should be supported on all back-ends, natively or with a fall-back. This as a key principle so content that is created can at least work on all official supported platforms in the same quality. Performance can differ, of course. Game-engines often make other decision (visual differences) which is far from ideal for Blender. What you’re proposing seems like access patterns to improve performance, which is great , and should be possible to add with fall-back for platforms that don’t support this. Other principle is code readability, which allows more devs to work in these areas.

Our goal for 2022 was to be able to use the shader_builder to validate cross compilation of GLSL. This was committed to master last month and allows developers to continue adding features with validation to OpenGL, Metal and Vulkan. Currently there the vulkan library/headers and shaderc has been added to the pre-compiled libs. The CMake-files still needs to be adjusted.

In first half of 2023 I want to work on adding support for compute shaders, including buffers etc. When that is done I think I can give a better estimate what needs to be done for the graphics pipeline.

Next few weeks I want to make the design and plans for the compute pipeline more concrete. I want to free up some time to make sure I can focus at least 40% of my time on this project. Community help (feedback, tips, or actual code) is very appreciated!

I do agree with that basic rendering features should be supported in different platforms; Game engines also have to consider this - especially for mobile games.

For Eevee engine, which targeted to (semi-)real-time rendering on PC platform, the technology should not differ that much to those used in modern 3A games. For example, as a amateur 3d art enthusiast, I think in the case of PBR, Lumen and Nanite together is a very competitive alternative to Eevee, and Unity is also a worthy rival for stylized rendering and prototyping.

Hence it is natural to do things similar to these game engines: shift to a modern GPU-driven rendering framework: virtual shadow mapping, GPU culling, or even Nanite-style visibility buffering & soft raster.