About Blender icon design and technology.

There is a common trouble with all toolbar icons, due to the fact that they are not really bitmap icons, they don’t match pixel grid and look fuzzy.

On the left actual screenshots, on the right as it should be. 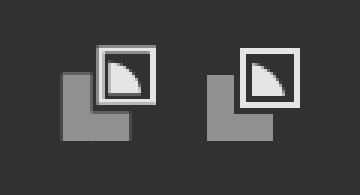 What is more strange is that these small arrows are also not align to the pixel grid. I mean, at the default UI scale. 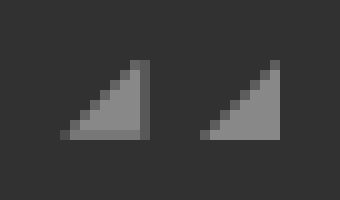 And, for example, these arrows for some reason are not symmetrical.

On the left the current version. 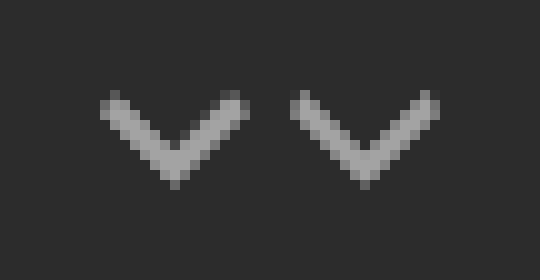 Another example, on the left the current version (scaled), on the right without scaling (how should it be ideally). 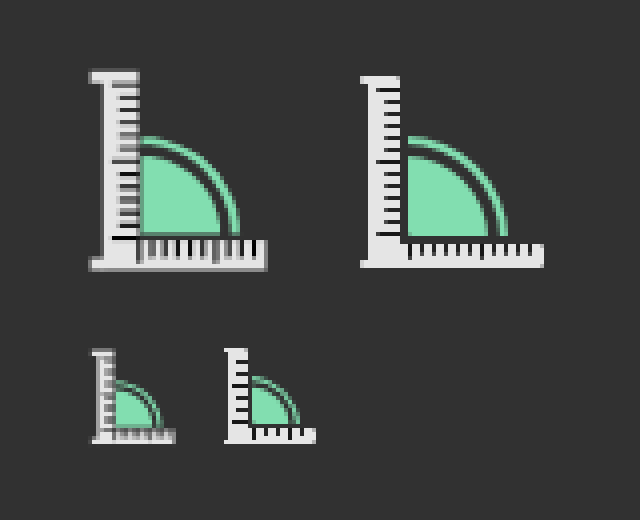 There is also a strange shape of the marquee rectangle.

On the fuzzy icons: Get a higher resolution display!

In all truth, I do intend to go through and check them against a pixel grid to make sure things are more sharp when viewed on old, low resolution displays.

There is Status bar design (Using icons in the status bar) thread, but there are also objective problems with the icons themselves.

This icon looks more like wheel scrolling then pressing MMB. Scrolling is much more common than the third mouse button, new users will think it is scrolling.

Even when you know it’s a third mouse button, it’s still confusing. There are two different icons, one for just click and the other for ‘tweak’ (click and drag), for example:

And then the following example (rotate view) looks wrong as a click, though there should be a click and drag.

While using the Box Select tool, I see “Shift-LMB - Begin”. What’s the meaning of that? How can I click if I’m already holding down the button?

Or for example, when transforming using a tool, I see “Click LMB to confirm”, while it should be release the button:

And so on… So that in general this all looks unclear and confusing users.

There is no need for icons:

I think we can consider storing 64 pixel version in Blender and then converting it to 32 and 16. I’m not sure about the performance, but it’s probably possible to save/cache the result on disk and read it next time if it’s faster.