They were vector last time we built Blender.

The others, the main set, are not and they also work with scaling. I gave it a look time ago and have an idea of how it works, even experimented with loading custom ones for the main set (not by replacing the data, but making the binary load PNGs).

Currently SVG have to be encoded to dat to make icons.

We are already making such system for FreeCAD.
I hired developer for making FreeCAD icon’s slicer.
Suddenly, we are making this slicer as Blender 2.79 addon,
mostly because it was easier for me to retrain python developer from Maya to Blender.

The SVG is rendered to PNG, then that is converted to C (one of the two kinds of .dat involved here). PNG is raster, vectors are “destroyed” in the rendering, which is what you don’t seem to grasp, pixels are being scaled because vectors are “lost”. You can ignore the SVG and create PNGs directly if you want, then convert those to C files, that is all Blender cares about, the C files (for the main set of icons).

Play with the UI scale control in Preferences and see how all the icons scale quickly.

System seems to be mixed.
So, it seems, Blender has got vector icons engine rescently (by Aslam Cader and jendrzych)?
Or everything in dat is raster?
Does that mean FreeCAD development goes ahead of time?

System seems to be mixed.

Yes, mixed, and it seems that in the .dat there are two styles (not talking about the C ones also named .dat), based in their file sizes. But only one of them is really used.

That image also shows something weird with the square center being fainter in Transform one (85% grey) and stronger in Object one (90%), so it makes one of the systems look even worse when maybe the issue is caused by something else (mixing with background? … which BTW is also different, 17% vs 19%).

For raster based icons always scale down, never up. Blender already does with 32 and 16 pixels, probably needs something bigger like 48 or 64. Same thing than mipmaps, start with best needed and use lower resolutions if smaller.

So, it seems, Blender has got vector icons engine recently?

Toolbar icons (blender installation folder …/datafiles/icons/*.dat), are binary files that contain the coordinates of the vertices of the polygons and the color of each vertex. You can play with this files in hex editor.

So it is more a 3D file than a vector file. There are no smooth Bezier curves and you can see it’s low poly if you zoom in.

UPD: This discussion can be moved to the About Blender Icons, since it’s off-topic.

Well, it means FreeCAD still has a way to go.

I wonder how many really read that spec, because there is at least one error. Hint: Pascal.

Also that the extension seems to be reused from previous thing is icky. No need of extra confusion.

Some problem - this icon does not give an association with visibility. 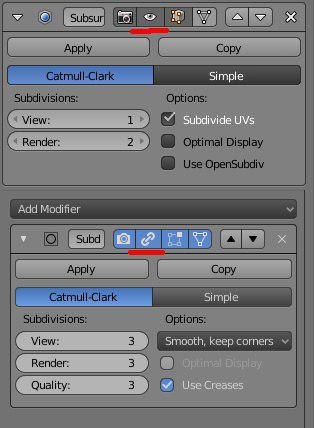 Also would like to see that kind of changes for first two icons, I can’t loose association with old tv and toaster for them.

What happened to the color coding in the outliner? Everything is the same color now.

An example from gimp. When I want to merge down layers, my first thought is, that it is next to “delete layer”. 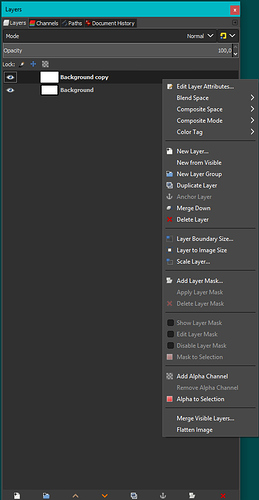 An example of 2 color icons I made for my addon.

It’s easier to read than one color icon IMO. 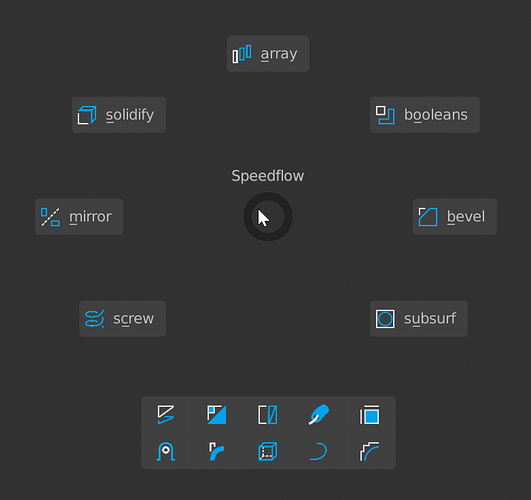 I still without understand why icons have lost colors, instead of made like always and then use without saturation, changes in the hue,…

I dont understand why they lost colors in the menus and panels while on the mainfront ui on properties panel tabs they are there to stay and there is no real option to turn off colors without affecting the Outliner ones as well.

The solution to all of this is coming.

Will the custom icon sheets support svg files? Also will color coding be coming back to the outliner? Its harder to find stuff now without it.

Also will color coding be coming back to the outliner? Its harder to find stuff now without it.

What do You mean? Icons are coloured in Outliner.

you seem the right person to ask this: will there be an option to keep the icons noncolored on the properties tabs without affecting the color outliner etc icons ? To me adding multicolored icons there kinda broke the apparent almost perfect UI style blender begin to shape up. In any case there should be an option.

I’m not the right person - I just designed most of pictograms. The way they’re used is a whole different story and is not up to me.