I feel like the texture editor is a trace of the past and need to go.
Do the blender dev team also think that ?
i heard that this issue will be tackle at operation homestretch so i want to do a mock up and trying to figure out what is wrong with the texture editor.

SOLUTION TO THE FLAW

No more separation ! The result of the future Texture node editor will be consider as a simple image texture, visible from the image editor.

this simplifacation have other benefits :
-fast and easy texture brush selection, texture brush import, while still having the choice of creating a procedural brush texture.
-everything created in this new texture editor will be accessible everywhere in blender.

Do the blender dev team also think that ?

Basically yes. There is a plan for textures that will make it fit better with the more node-based future for Blender.

The result of texture nodes can’t be a 2D image, it is important that textures also work in 3D space and not be limited by some fixed resolution. But there is a redesign planned.

The result of texture nodes can’t be a 2D image, it is important that textures also work in 3D space and not be limited by some fixed resolution. But there is a redesign planned.

good to know about this redesign thanks for the answers both

Are we going to get all the textures from brushes into Eevee nodes? For example Musgrave, etc…
Plus, not being able to use the texture for a “displace” modifier in the Eevee shader is troublesome.
I hope you’re not talking about a regression in the form of getting rid of the brush texture only to use the shader nodes ones. Does every feature of cycles have to be represented just to get the base-color output of an existing texture node in Eevee?

Hello all, I am also feeling to join the conversation for Texture Node Editor as feeling its importance these days.
Please take this proposal into consideration as well: 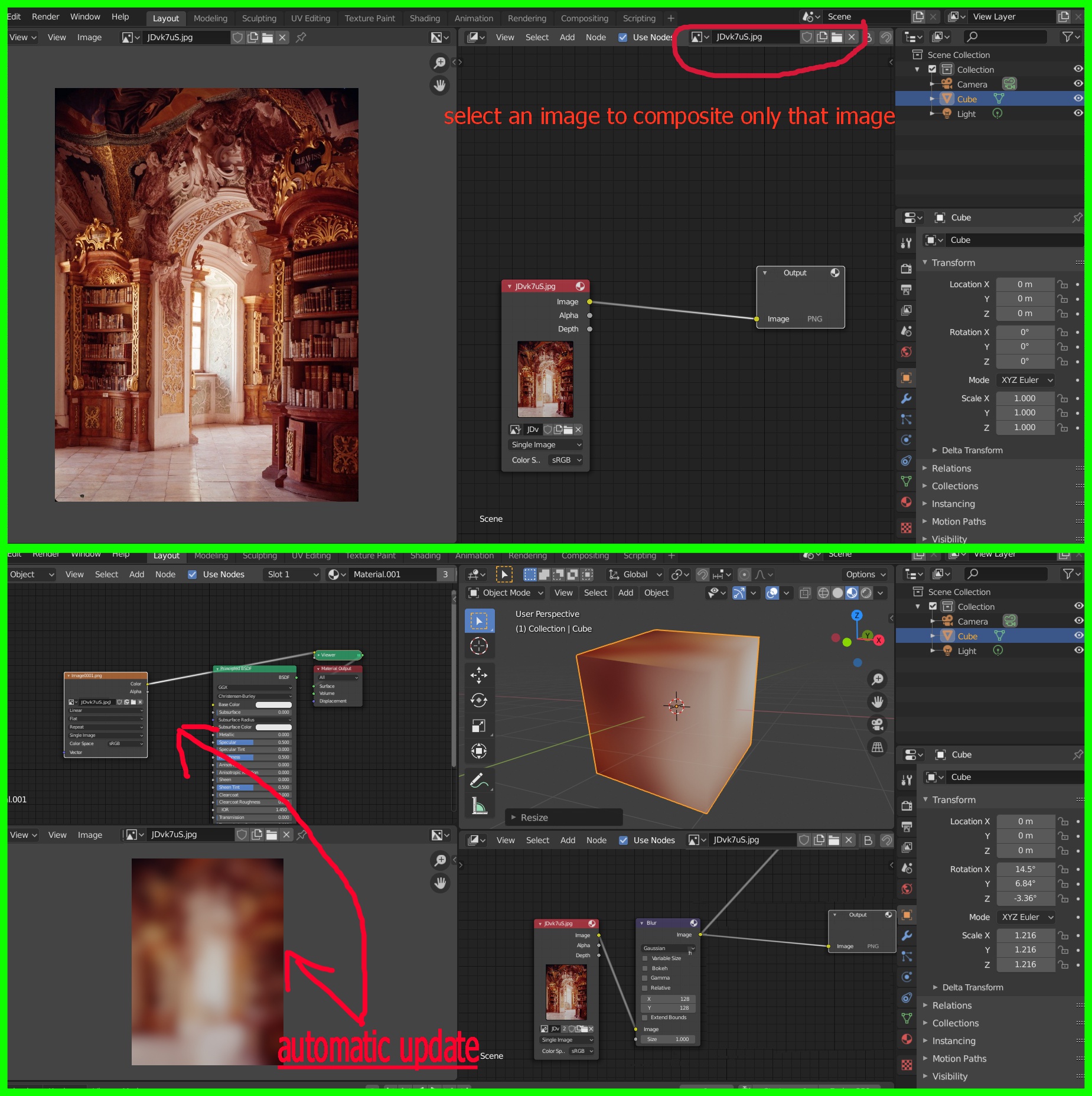 a compositor mode for editing images inside blender — Right-Click Select

one of the most requested features in blender is filter node for the shader editor but instead of that why don't we make the compositor edit images and output them in the...

I admire and support the progress that Blender is constantly making, and I understand that things like the GSoC exist to permit to other people to fix things that the devs cannot due to time, but honestly I’m a little bit puzzled that fixing/replacing the Texture Node Editor is not a high priority task: we’re literally dragging this from 2 years now, it feels so weird to me that we have an entire editor in Blender that doesn’t work, or anyway works in a very limited and almost no-user-case scenario. For example, using the Displace modifier only with the textures inside the properties editor (that permit very tiny modifications) it’s something that limits so much the possibilities of proceduralism.
Fixing the editor was part of the proposals for the GSoC '20, but it didn’t make it because as far as I know nobody took the project: do we really need to wait until someone external to the developer will come with the will of fixing it?

I agree the Texture Node editor needs to be brought up to date so it can at least be used with the Displacement modifier. Being unable to combine image height maps with procedural noise patterns is very limiting. Currently, there is no preview even showing in the nodes of the Texture Node Editor, so it would be fantastic if this feature became available as soon as possible. Thanks!