So i decides to make a new topic on this…very important feature that is so incredible not being yet implemented in Blender. Please implement the new Options-> Affects only->Origins as a button, see my concept from Blender 2.79. We should have a dedicated button for moving the origin, like one button for the origin/pivot mode(press -> start origin-mode than G/move or R/rotate , than press again ->apply) :

Here is the add-on for 2.79 so you can see how it works: PivotMode Add-on

I don’t see why it shouldn’t just be a Tool in the Toolbar on the left - this could actually be the default behaviour for the already existing cursor tool.

This looks like a use-case where the 3D cursor makes more sense.
Even the name “Pivot Mode”, is emphasizing moving the pivot point - which is something the 3D cursor is often used for.

Would really help if the 3D Cursor actually had transform gizmos in that case. It’s the same issue I currently have with the Transform tools in Sculpt Mode where moving them around to a precise position are quite a pain.

If the 3D Cursor had gizmos and was a tool in Sculpt Mode we could solve both issues, imo.

While this works fine on simple test scenes. it’s just asking for trouble later, when working on complex projects.

Would really help if the 3D Cursor actually had transform gizmos in that case.

I would have suggested NOT to make this it’s own topic. The only difference from this thread to the original

Affect Origin in Blender 2.81 is a really cool and long-awaited feature so thank you sooo much for this. However, It doesn’t appear in Edit Mode. it would be great if it can appear in edit mode where it affects the local pivot points instead of origin in object mode. There are those moments where I just want to snap the pivot point to vertices while selecting a few other faces. Of course, 3D Cursor will do the job but it would be better if it could be directly snapped to the vertices without th…

is, that a button in the gui would be nice. That’s a point I can agree upon, but what as in the video can be seen, it would be even nicer with a shortcut to get the mode activated even faster, and then we are exactly where we were discussing on since weeks in the other thread. Arguments already start repeating here. as Frozen_Death_Knight is suggesting correctly the upcoming transform gizmo, thats right yeah, but has already been discussed there too.

@ideasman42: We are eagerly waiting for a official statement there, you don’t have to agree with us at all, you can ask for further clarification, whatever… You could also please poke another dev if you are not the right one to ask. But many people are waiting for some kind of reaction there.

I am not against what is being asked for here, But the future solution for control method of the origin and the one for a pivot point can and should be handled in a completely similar way. So I fear seeing history repeating.

Yeah, I know, but I was referring to the 3D Cursor working so you can move around the Transform tools freely. In other programs you are able to move the gizmos around to position them wherever you want, but in Blender you have to use menu options with specific purposes.

The only way to freely move around the gizmos is the 3D Cursor, but because of the limited controls for it you can’t move the 3D Cursor around with much precision like inside of the 3D model or make it float above its surface. This is very important when in Sculpt Mode and you want to move an arm around from the joints.

@ideasman42: We are eagerly waiting for a official statement there, you don’t have to agree with us at all, you can ask for further clarification, whatever… You could also please poke another dev if you are not the right one to ask. But many people are waiting for some kind of reaction there.

Can you point to whats being proposed exactly?

I already asked this in the thread you linked to, but the replies didn’t seem to agree on what was needed.

Sure, thanks. I will reply in the other thread to keep it all in one place. 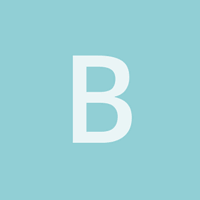 I agree, should be an exposed button. Both affect Parent and Origin. A dropdown is too hidden for quick toggles.

The only small problem is now in 2.81, just make a button in the 3D UI instead of hiding it under option…and give us the possibility of assigning a short key to it…

When ShiftLock is down you move the pivot point.

When ShiftLock is up you move the object.

I’m glad to see this added now as well. Although I’ve noticed some weird things with it. Besides UI placement as people said.

I made a bug report. But I they don’t consider it a bug. So I’ll mention here.

Basically one big thing I noticed is perf gets bad when trying to adjust it if your mesh is dense. To where it can be almost un useable.

Also noticed weird sfuff with its viewport size and also can’t type in rotation in another UI spot, like I’d kinda expect.

Perhaps there is a hotkey “Ctrl+period” for affect origin.

Oh, you made the mistake of reporting a design issue.

I’ve just been told by Ton Rosendaal himself on Twitter that Blender developers take design issues seriously, but your experience is the same as mine, just 100% blindfolds on, not their problem.

Apparently, there’s two full time UI designers on Blender now. Not sure if they will manage to change what feels to me like an “anti-design culture” at Blender development, but time will tell, I guess.

We do take design tasks seriously, however many of these posts were off topic & outside the scope of this feature. I’ve since replied and well respond to relevant posts there in the future.

Since the confusion is understandable, I’ve added a note at the top of this task.