I was in the middle of a comparison and I found that Blender subdivide the mesh in a different way compared to other softwares, like ZBrush and Maya. It looks like blender is using a different algorithm (?)

Since at work I often go back and forth from other packages it would be cool if the subidivsion surface model was the same of the other software. 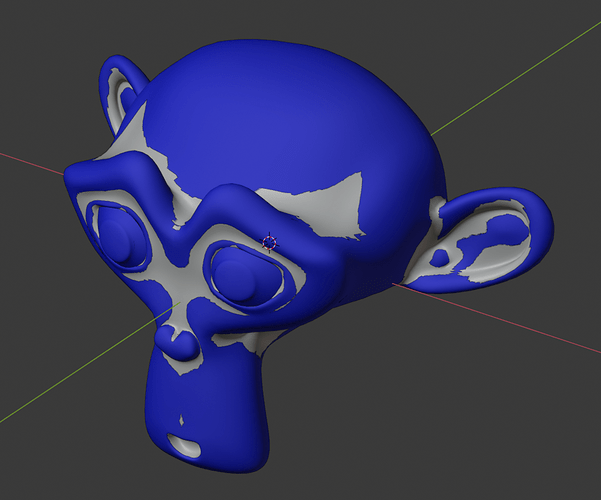 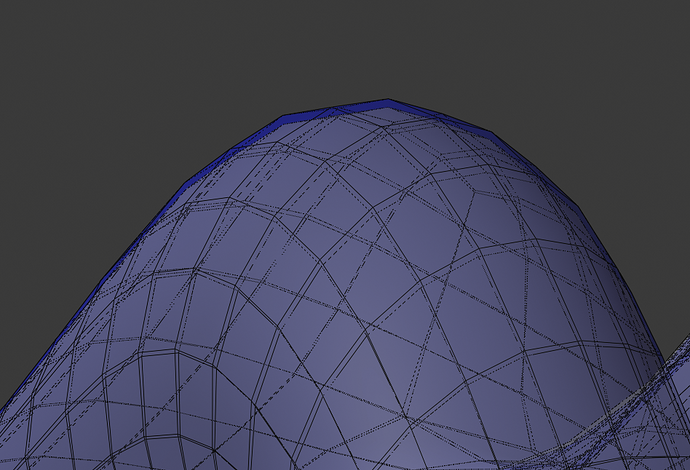 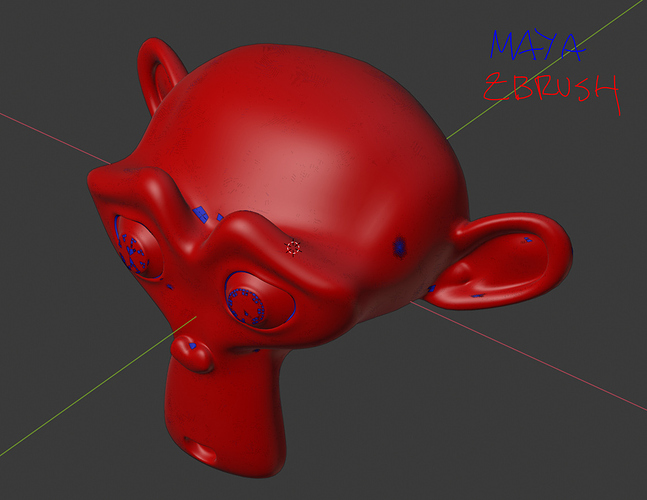 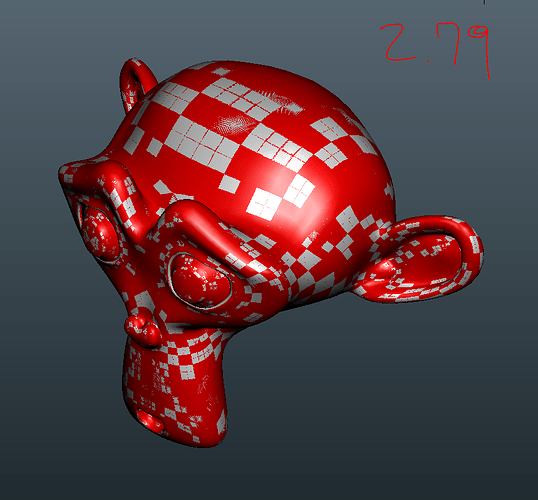 The only project that I know of that would solve this problem is a OpenMeshEffects but it is in its a very early stage and is not ready for production. https://github.com/eliemichel/OpenMeshEffectForBlender

I think they need to inplement subdiv as all the other software do.

subdivision surface is so a common and standard technique that it should give the same exact effect across multiple app, in this case Blender is the one that behave differently (considering the standard)

ex:
low poly mesh made in blender >
zbrush for detailing >
bake displacement >
aplly displacement to blender, bjt the result is different form the zbush one.

This is a huge problem if the production is not entirely blender based.

the old good 2.7x produced just fine results.
Of course I reported this as a bug, but they closed it as invalid, even this is a clear regression.

Maya should be using OpenSubDiv by default now as well in recent versions[1]. However, there is a note in their documentation about non-manifold meshes like Suzanne. Strange that it would still apply in this day and age[2].

[1] OpenSubdiv is the default subdivision method when you smooth a mesh using Mesh > Smooth or when you create a subdiv proxy.
[2] Maya automatically defaults to Maya Catmull-Clark for meshes that contain non-manifold components.

Blender will indeed match other apps and renderers that use OpenSubdiv or similar subdivision surface algorithm.

Part of the reason Pixar released OpenSubdiv was to get a common standard across various application, and Blender is now following that. It may not match the specific apps and settings you tested, but it will match others.

Hi @brecht
thanks for the reply.

So it is something planned for the future?

I made a comparison with the 2 most used software in the industry (maya and zbrush), so since Blender is going in the “industry standard” direction and since blender 2.79 behavied just fine I was wondering why now is so different.
Here another example, as you can see the difference is huge in 2.8.

those are the default settings in maya (the ones I used for the comparison, that match with b2.79 and zbrush)) 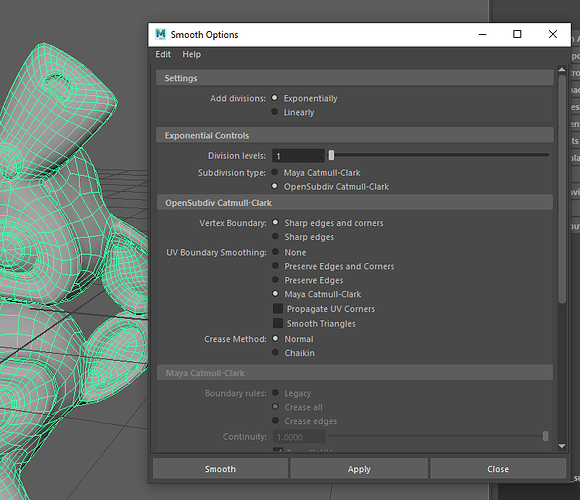 2 Likes
Subdivision behaviour is different than in any other software causing compatibility issues
postrowski5 May 25, 2020, 2:44pm #9

We could consider supporting the subdivision where vertex positions change at every subdivision level, but this will not work for adaptive subdivision in Cycles or OpenSubdiv GPU acceleration.

From looking at this: http://graphics.pixar.com/opensubdiv/docs/osd_overview.html#refinement it seems to be possible to evaluate control cage on GPU.
I think the “adaptive” word is a bit overloaded as it means different things in Cycles and in OSD docs.

The OpenSubdiv manual uses terms “subdivision” and “tesselation” to address these differences:
http://graphics.pixar.com/opensubdiv/docs/subdivision_surfaces.html#subdivision-versus-tessellation

The “subdivision” is the Catmull-Clark algorithm as it is. It is an iterative process. On each step, each quad of a control cage is subdivided into 4 and the resulting surface is smoothed out. And then the same process is repeated while using the result of the previous step as the control surface for the new one.
Each step brings the surface closer and closer to the “limit surface”, but it is never reached.
Key factors here:

The “tessellation” is acheived by representing the limit surface of the Catmull-Clark algorithm as a set of spline surface patches (in trivial case, each quad converges to a B-spline patch). And positions of points on these patches can be computed directly, without iterative refinement of the whole cage.
Key factors here:

Most of the 3d software (including Blender up to 2.7) uses “subdivision” in their “subdivision surface” modifiers.
The blender 2.8, for some reason, decided to use what essentially a form of “tesselation”.

In general, the “subdivision” and its iterative nature is useful during modeling. For example in workflows that generate a base shape using a coarse control cage, then apply a couple of iterations of the subdivision surface and then modify the resulting topology to model the finer details.
(The current Blender’s multires does not facilitate such workflows since many refinements require changes in topology)

The “tesselation” is useful when applied to a final control cage (when subdivision surface is used purely for controlling the level of detail of the resulting surface), since it produces more sable results (no shrinking). This includes all forms of adaptive subdivision, obviously.

Excellent summary and explanation. This is a really big compatibility problem when working in a multi-tool pipeline. Blender is behaving in a nonstandard way.

Great description, I allowed myself to link to it in patch enabling back iterative subdivision https://developer.blender.org/D8413 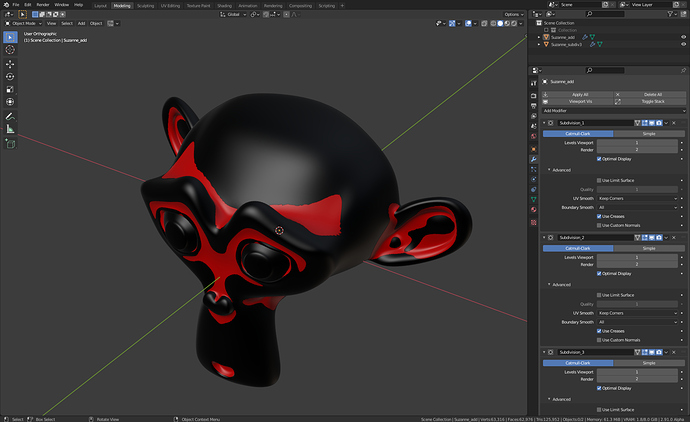 That may be actual OpenSubdiv bug, I will need to look into this. It may be much more difficult to track

Also, I checked against 2.79, and single modifier result for 3 level is the same to the point of z-fighting. Something strange is going on with stacking.

it matches perfectly. how weird!