This thread is to discuss and get feedback about my GSoC project.
Currently available documentation, including the project proposal(s) is available here: https://wiki.blender.org/wiki/User:Severin/GSoC-2019/
Want to try it out? Check this: How to Test.

The branch is called soc2019-openxr.

Current state: The branch should compile with necessary files and libraries from the OpenXR SDK. With that, Blender can dynamically select and link to the operating system’s active OpenXR runtime.
So for example if you have the Windows Mixed Reality OpenXR Developer Preview installed and set up, Blender can connect to it to interface with Windows Mixed Reality compatible HMDs.
From the Blender code side, we can do OpenXR function calls now (e.g. xrCreateInstance). The code also already attempts to initialize OpenXR.

So there’s nothing really interesting to see for users yet, basically we should be set up to use OpenXR now.
Note that nothing has been tested on MacOS yet.

I could need some feedback from platform maintainers/project-admins:

For OpenXR we need some headers (most importantly openxr.h), and need to link to the SDK’s OpenXR-loader lib. For convenience I added needed sources to extern\, so that people compiling the branch don’t need to compile the SDK themselves.
I guess for a later merge, having the lib as 3rd party dependency makes more sense, so I’ve also added a find_package() variant. To use this OPENXR_USE_BUNDLED_SRC can be disabled. Later we can remove the bundled sources version.

Do maintainers/admins agree that this approach is fine for now? Obviously we may want to re-evaluate later on.

CCing @ideasman42, @sergey and @brecht for feedback on this.

For such a small library, I could go either way, it doesn’t really add that much to the build time, did you make any changes to the code? The openXR sdk mentions needing python 3.6 at build time, which may be problematic on windows.

How big is the library? What are the needed dependencies to get it compiled? Is it available in the common Linux distributions?

For small library which is not likely being available via package manager having it in extern/is the easiest way to go.

The convention is is use WITH_SYSTEM_FOO, so OPENXR_USE_BUNDLED_SRC is to be renamed and meaning is to be negated.

Oh ok i see what you did, at build time it generates a few files and these were included in /extern so we could build it without any deps.

Updating the lib in /extern is gonna be less than straight forward, so be sure to write up some instructions there.

@sergey lib is about 800k in code, it’s not commonly available (yet?) in most distro’s since the first preview version came out near the end of march. I assume long term it’ll be pretty common, but we’re early adopters at this point, so it may take a bit to get to that point.

Hi everyone! My name is Max Krichenbauer, of MARUI-PlugIn. (https://www.marui-plugin.com) We’re making VR/AR plug-ins for 3D design software, most importantly for Autodesk Maya. Here is a video of our latest release “MARUI v3”: https://www.youtube.com/watch?v=9MufSG2zPHI We often hear from Blender users in the VR/AR world how much they would like to have something like MARUI for Blender - the ability to work in VR/AR. Since we’re also big fans of the Blender project, we’d be happy to deliv…

(Wanted to keep previous post compact so I didn’t go into the rationales.)

As @LazyDodo noticed, I placed the generated files into extern/, not the original code (and resources) that generated it. That would involve XML parsing and Python script execution at compile time. And indeed, it wasn’t trivial to get that all up and running. So I share the concern that updating this isn’t going to be straight forward at all. Especially if the Khronos/SDK guys decide to change the build process.
So from my experience of trying to get this to compile/link, I woudln’t suggest the bundled sources approach.

Using find_packages() OTOH seems pretty fine, esp. given the tools we have in place now (install_deps.sh, prebuilt libs, etc.). And there’s a good chance the SDK will be added to distro packages.

I’ve been in touch with @makx, the MARUI-Plugin CEO prior to submitting my proposal. I wanted to be sure there’s no conflict. He explicitly stated that he doesn’t see one and that he’s interested in collaborating on a proper VR UI once my project is ready for that.
BlenderXR was/is a temporary project for until OpenXR support is there.

Using find_packages() OTOH seems pretty fine, esp. given the tools we have in place now ( install_deps.sh , prebuilt libs, etc.). And there’s a good chance the SDK will be added to distro packages.

I have no objections to having it in svn for windows, it was dead easy to build.

Hello!
This is correct. We hope we could (and can in the future) help to provide code for giving Blender a great VR/AR/XR user interface.
But BlenderXR was only a temporary branch and is not intended to compete with the normal Blender development.
Please let me know if there is any way we can help this GSoC project to be successful.

Hi, I am looking forward to your GSOC project, as I actively use Blender and VR!

I noticed something using the Marui BlenderXR, I’m not sure whether you are aware or have thought of a solution. When you look at something with a planar reflection probe on it, then the reflection works for only one eye, but with the other eye you only see flickering. I assume this is because Blender only renders a reflection probe once from one perspective. With a headset there would need to be two renders per probe.

When you get to working builds, I can help with testing.

Awesome, thanks a lot!

This is an interesting point. Clement just made me aware of DRWViews which should be perfect for optimized drawing for multiple perspectives (single pass, two draw calls to start with). They should also help solving this relatively easy (not sure if probes use them already though). That obviously will come with a performance penalty, as all probe reflections will have to be rendered twice. Maybe it’s acceptable to use the same reflection for both eyes though as a compromise.

I’ve just completed my part of the phase 1 GSoC evaluation (mentor evaluation and project feedback). This seems like a good point to do a public evaluation of the first 3.5 weeks from my POV.

It was expected that the bleeding edge nature of the project would present quite some challenges. It’s definitely not been clear sailing but I’ve overcome all challenges so far and I’m in schedule. Still frustrating…

Few words on the OpenXR specification:

And finally on user testing:

@julianeisel whatever you did last week, great job!!!

After some minor code changes (force the backend to DX) I was able to get output on my oculus headset!

@julianeisel did some changes today to make testing on oculus work, if you have an oculus rift, you can try starting blender with the blender_oculus batch file and cross your fingers! 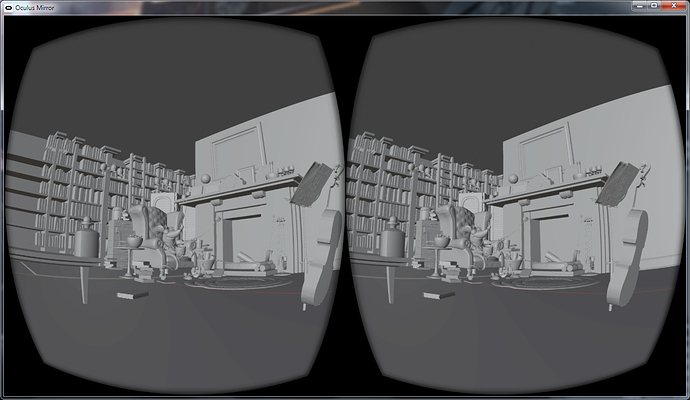 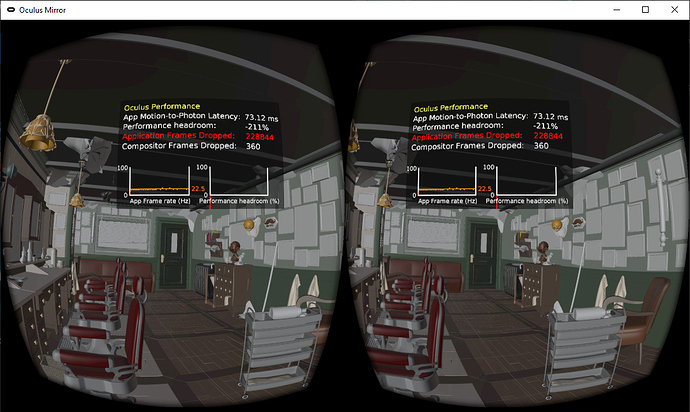 Wow that is looking promising! Can’t wait to try it out and help with testing, but I can only do that in 3 weeks from now (on holidays).