This topic is about communicating about the state of the EEVEE rewrite.

For about a year now, EEVEE rewrite has been conducted in a dedicated branch. We are now entering a phase where we think it is better to merge it to master to better review each feature and make the developpement less abstract.

This merge will be conducted in steps. Each steps will be commited to master and will be ready to be tested under the new (temporary) render engine named “EEVEE next”. The engine is hidden under an experimental option that you need to enable in the preference panel under the experimental tab (only visible if developer extra is also enabled).

It is important to notice that EEVEE-next will require OpenGL 4.3 support minimum. We currently do not enforce this requirement for the rest of Blender but this is likely going to change in the next release (or the one after).

For each milestones, I will be collecting feedback. However, I do not expect to deliver a fully featured engine anytime soon given my other duties.

The zero milestone was to merge the GPU and DRW module changes. This has already been done over time and the changes were quite local to the modules.

The first milestone is to merge the codegen changes. This means making the new BSDF paradigm compatible with the old eevee codebase. This part of the code cannot be branched depending on the render engine. This should be testable with the old engine and should not bring any regression.

Other milestones are yet to be defined because of their order and dependency. Simply having something drawn will take a lot of sub-modules to be ported.

I would also like to state that even after all this time, there are still features in research phase. So the plan is not to merge a full featured engine, but to move its development into master while polishing what has already been done.

Thanks for the update and all the good work on Blender!

Quick question: with MacOS openGL frozen at 4.1, will EEVEE “experimental” implementation come later to Macos in the main branch, once the Vulkan implementation with metal backend is done?

Thank you so much, Clément! Eevee-rewrite

Precision: MacOS openGL is frozen a 3.3 on some Apple hardware we support. So this is the common denominator for now.

If the system does not meet the requirement, an error message will be displayed at the top of the viewport.

So until there is full Metal support, this will be the state of EEVEE Next on MacOS.

Apple is currently providing patches to have a fully working Metal backend. This should provide better performance than of a MoltenVK implementation in some areas.

Other milestones are yet to be defined because of their order and dependency. Simply having something drawn will take a lot of sub-modules to be ported.

Do I get this statement right that at the moment EEVEE Next (in master) does not render anything at all, because nothing has been implemented yet? No critique, just curious if that’s what you’re saying.

Yes. For the moment it does not draw anything. And even if you may see some commits to the new codebase, it will not render anything until first milestone is finished.

Hi, Mr Foucault, I wonder if Node lights will come in eevee next… and when… Thanks!

I remember following the development of Eevee years ago after finding out about your “real-time Cycles” OpenGL build of Blender. I remember it took so long just to add the simplest of features. That’s what this reminds me of. Are you essentially rebuilding the entire engine from scratch without using any of the existing code? It’s amazing how much work you guys put in just to get Blender to the next level. I’m totally looking forward to seeing this new engine one day!

Vulkan implementation postponed to next year?
I mean complete deleting OpenGL, and Windows builds will be work using Vulkan as base API.
Looks like it won’t be before Blender 4.0.

Not in the initial release of the new engine. No time frame either as it is not a top priority feature.

Thank you for creating this thread @Hypersomniac !

It glads me a lot to hear that theres focus on performance early on, personally the biggest issue that Ive had with the current Eevee implementation is how GPU hungry it quickly gets as soon as either shader graphs are even remotely complex or as soon as you start getting up in the millions for polycounts (in addition to using a few lights and expensive rendering effects that all add up).

Im just gonna drop my personal wishlist for things that would make Eevee more valuable for me:

I do reuse a lot of code. But a lot of the core components that have been hacked over the years to accommodate EEVEE have now been rewritten to not be hacky and support more extensive feature.

Now that I think of it, I’m just taking the time to do some of the ideas I had in mind at the start of the first EEVEE.

Vulkan is not a top priority as the incentives to adopt it are pretty low. The only interesting feature that would be nice for us is hardware raytracing and maybe mesh shaders.

However, it is definitely on the roadmap and we plan to replace OpenGL completely with it.

But I do note that this question is kind of off topic. So I won’t be discussing more about Vulkan here.

Your post falls into the feature request category which is not really appropriate for this topic I created for feedback about what I’m working on.

The first two features are already planned but we lack the resources (developer time) to bring them up to life.
The next two are just not possible with the resources we have. Every real-time engine went into the temporal denoising to increase fidelity. As for the optimizations, many are not possible but we are always looking at how we can improve on specific areas.
I guess the ability to bake meshes is a typo and you meant bake textures maps. This is not part of EEVEE but may be in the new texturing workflow roadmap.
The last one is too specific. But might also be related to the texturing workflow.

Thanks for the response, sorry if this wasnt the right place for this sort of feedback.

The last one is too specific. But might also be related to the texturing workflow.

I would argue that it isnt necessarily a very specific usecase however, its common in all industries to want access to separate render passes for compositing, maybe I just put it in an odd way describing more specifically what I would use it for.

So until there is full Metal support, this will be the state of EEVEE Next on MacOS.

Apple is currently providing patches to have a fully working Metal backend. This should provide better performance than of a MoltenVK implementation in some areas.

Does this mean that Eevee Next will run on the Mac using Metal, and on the PC it will use OpenGL?

Yes. As of today, that is the plan.

And except for the internal coding improvements we EEVEE Next users can expect. I say this because if the majority of requests is to finally integrate vulkan and raytracing and it is not in the short term planning. 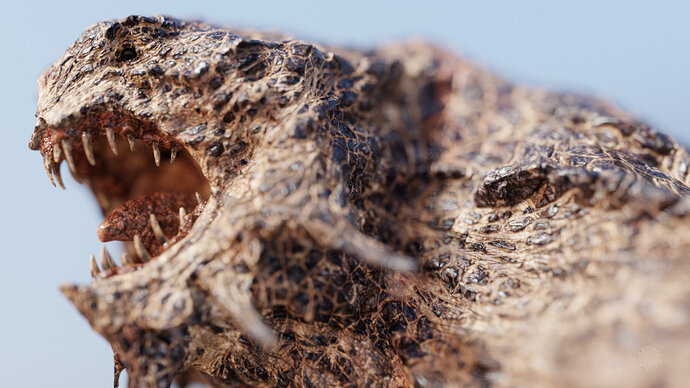 Lead developer Clément Foucault shares his big plans for the future of EEVEE in the upcoming Blender releases.