Blender 2.8 will come with a bunch of assets to make artist’s life easier. You have already provided awesome resources and feedback on the built-in MatCaps for 2.8. Next in line: Studio Lights!

What are Studio Lights?

Studio Lights are basically images to light your scene, without affecting your actual light objects. These images are part of your Blender install and can be customized, just like MatCaps. So they make it very easy to test your models with completely different lighting with the click of a button, instead of setting/appending a new world environment every time.

These are available in the Look-Dev/Material shading mode: The idea is for Blender 2.8 to ship with a few built-in HDRIs. Since these files can take up some space, we’ll limit the amount to 5 (maybe 8 or 10 max depending on their size). They shouldn’t add more than 2mb to the final Blender install. More HDRIs can be downloaded via the asset manager in the future.

The key is to have variation and to cover typical lighting situations. Something like:

We Want You (…r feedback)

Want to contribute your own? Keep on reading!

Same policy as the MatCaps applies. Images should be your own or clearly from a Public Domain (CC 0) resource. For example, the current selection is taken from hdrihaven.com. Other sources like Blender Cloud also provide public domain HDRIs.

Specs should be as follows:

They should also feature proper exposure for lights/shadows to work nicely. For example if you test the selected HDRIs with Cycles you’ll notice some give a sharp shadow, some a softer shadow. We should keep this in mind as in the future they could be available to use by Cycles or when EEVEE supports automatic shadow generation from the HDRIs.

That’s it! With Blender 2.8 still in Alpha this is a great time to get a more ready-for-production Blender 2.8 before the Beta is out. Deadline? Before the Beta (ETA late October) for sure, but hopefully we can all agree in a nice set before that. There’s plenty of other built-in assets to think about.

Thank you for being part of this!
Pablo

P.S: What about diffuse lighting/solid mode? Well at the moment the HDRIs images are used for that as well, but more work will be done to make the lighting a bit more appealing and not so dull, as it is now. First let’s focus on the HDRIs for look-dev.

Technically it’s daylight map, but I’d like to see it instead of a night one, simply because it seems too contrasting and specific to me in general, as an idea, which makes it useless as lookdev tool. Usually I’m using HDRI with some additional lights for better control, so map is mostly just for reflections and filling light.
Gdansk Shipyard 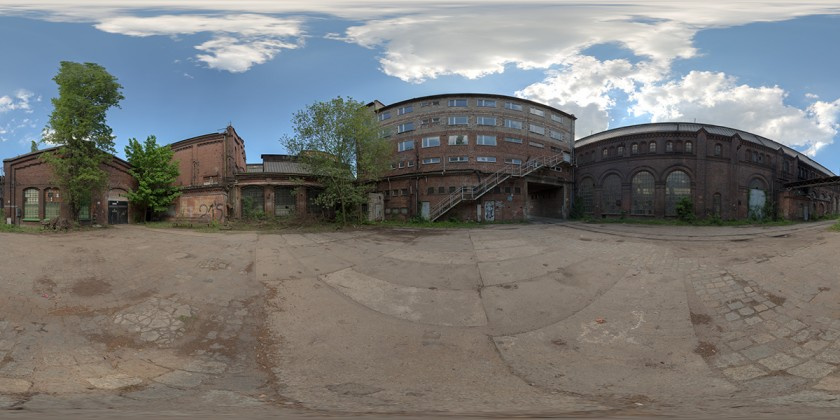 image.jpg840×420 123 KB
exr - https://drive.google.com/open?id=1MbNKaFrEyykGDsIili7wgKMMa_5JAO3T
I absolutely love this one. It also ships with Substance Painter, Marmoset Toolbag, hell, even Sketchfab! It’s HDRI-sh enough to be both great environment and not to distract from the object itself.
4 Likes
gamergamesz August 20, 2018, 5:12pm #4

best one among them is graffiti shelter

My all-time favorite one from HDRI Haven is the Courtyard one.

100% Free High Quality HDRIs for Everyone

It has the perfect blend of warm light on one side and cool on the other.
It’s great for quick balanced studio lighting. I’ve used it myself in a lot of product viz and studio type renders as it’s a great baseline. 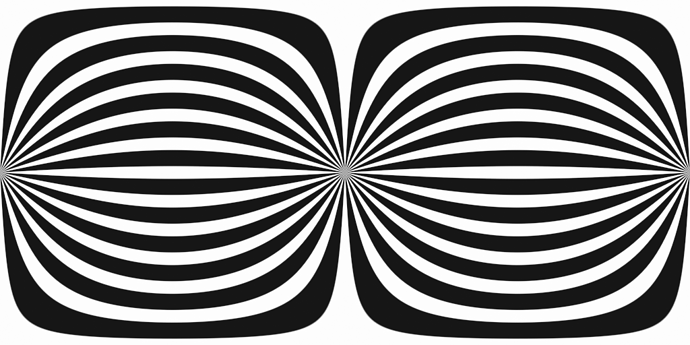 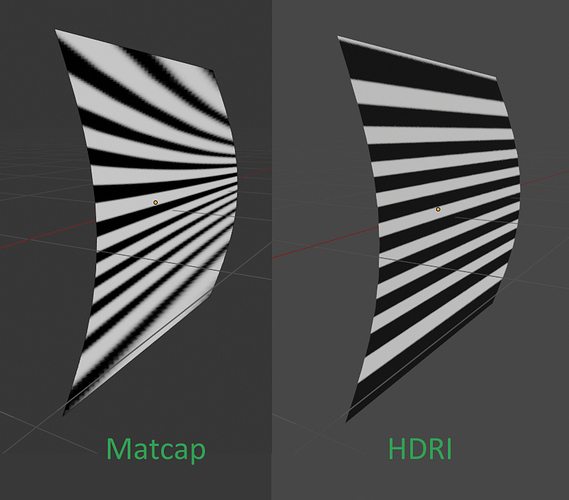 I don’t have an HDRI, but a few feature requests.

With the rotation, it would be nice to be able to change change phi as well as theta.

Also, adding the ability to change some basic color attributes such as saturation and contrast, might be nice.

Edit: I actually do have one that I’d like to put forth. It’s the Dry Field from HDRI Haven. https://gumroad.com/l/hdrihaven-dry_field
Great for deep strong shadows. Think architectural photography. It’s also the reason I suggested being able to change ‘phi’ as well as ‘theta’ in my original comment.

Hi, in my opinion, as I am a product&interior designer, I use HDRIs interiors most of the time, for example apartments, kitchens, hotel rooms… I like this “Hotel Room” from HDRI Heaven: 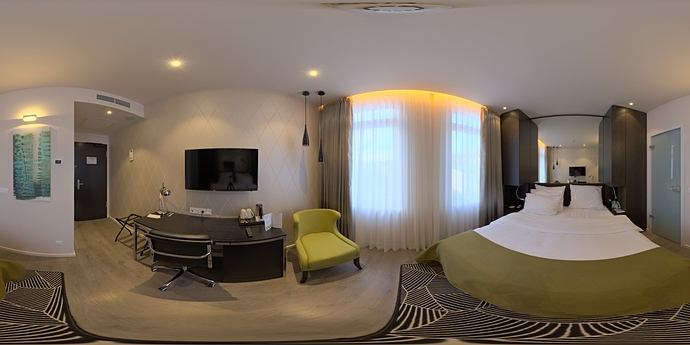 It has white ceiling, witch I think resembles the most to the majority of interiors, and it also has a window, and it can be used also on product shots.

It’s also nice to have a studio HDRI for product design, but I use the ones from Keyshot for that, just B/W HDRIs with 3 point lights, or soft boxes. It depends on the reflections you want to use, for each product I change it really.

As for the exterior, I like the cloudy skyes and trees because they add more details to reflections. But it depends on the light and the mood you want to give to the scene, so it’s difficult to just pick one here. Sure you’ll find the right one.

I have two I use for short open movie, one sunset and one night, very simple for environment high above clouds. Use C program create both images. 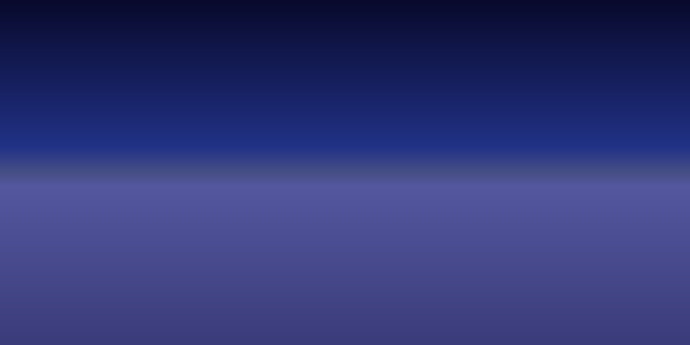 Let’s try to keep the thread for submissions only. Also, the link is broken and please do not post links to gumroad, that site seems to need registration in order to download stuff. Every link should be accessible without an account.

Hello, my thinking, If Blender Devs want to bundle HDRI to Blender software, then I think it is not a good Idea, 2 or 4 HDRI is good, but more makes Blender unnecessary bigger, better would be in blender choosing a directory for local HDRI images of user choice, not lightstudio directory, should be an option for lightstudio directory in preference.

Sorry about the bad link (and off-topic discussion) Here’s the proper link:

100% Free High Quality HDRIs for Everyone 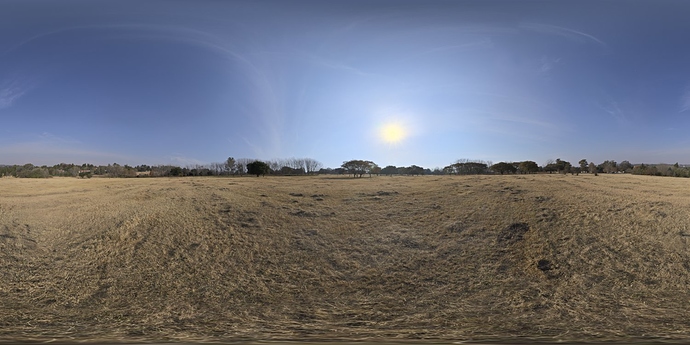 And renders using the dry field.

Sorry if it’s a bit off but maybe it could be another solution for lighting. I am finishing a procedural environement lighting addon for Cycle (and Eevee when math nodes will be functional) . It works like a Hdri picture but it’s fully procedural and customisable. Just check the video demo https://vimeo.com/286148156
What do you think of it? 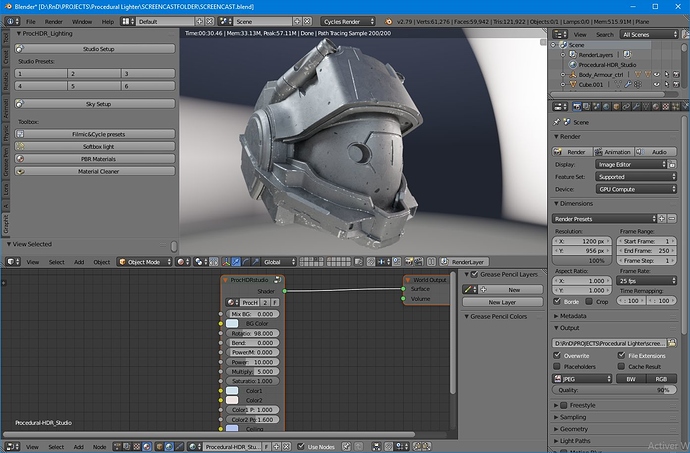 That would be much better idea than studio-light bundle, good work, keep it up.

Are cg scenes able to be submitted? I’ve used this warehouse I made quite a while ago as a background for some logo work, it creates nice reflections and softish shadows. Just rendered it out to an equirectangular image (ive just used the actual scene before), so im not completely sure if the exposures are where they should be.
preview: 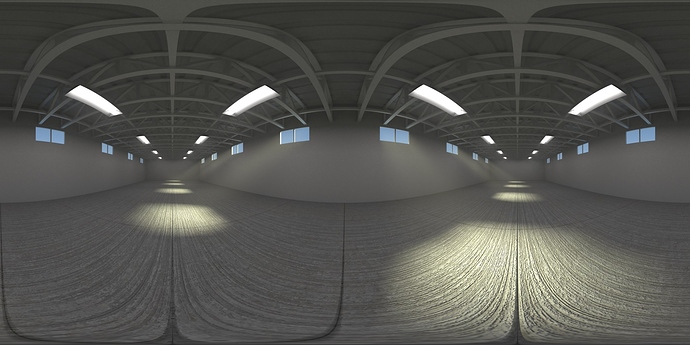 4k 32bit exr is at: http://www.snuq.com/temp/snu-warehouse.exr

that‘s because they chose the zebra matcap with the most likes, not the one that works as it should. the point of Zebra shaders is unfortunately only understood by the few who have been told how to use and read them. your hdri works spot on as it should, but in my opinion zebra should really be a matcap. in the lookdev environment, every light mixes with shaders. zebra by definition should not do that.

Just got back from Cornwall in the UK, so took this for you: 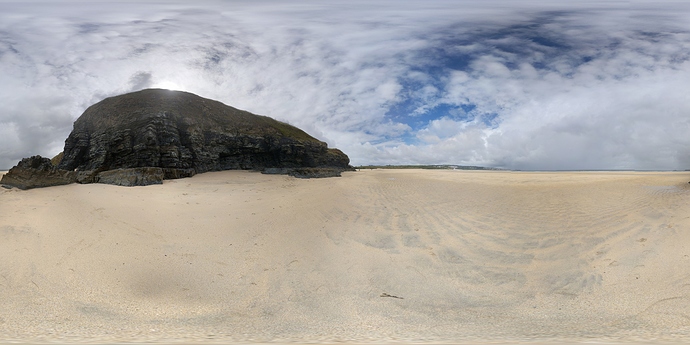 StephenBates: thats absolutely beautiful, but do you have an hdr or exr? thats the requested format in the post, and i would also absolutely love to add that to my environmap archives