Affect Origin in Blender 2.81 is a really cool and long-awaited feature so thank you sooo much for this.

However, It doesn’t appear in Edit Mode. it would be great if it can appear in edit mode where it affects the local pivot points instead of origin in object mode. There are those moments where I just want to snap the pivot point to vertices while selecting a few other faces. Of course, 3D Cursor will do the job but it would be better if it could be directly snapped to the vertices without the 3D Cursor like the way origin can.

Problem is probably that Origin is defining local coordinates and probably other things exposed into sidebar in Edit Mode.
But actually, you can use snapping in object mode to place origin on vertex or face of the mesh.

If you are just concerned about pivot point, why don’t you just use Active Element as pivot point ?

I second that. When working in Maya for example I change the pivot in edit mode way more often than in object mode. The 3d cursor can be used as a workaround but you’d need to define a new selection just for that which makes it a lot more tedious.

If you are just concerned about pivot point, why don’t you just use Active Element as pivot point ?

More often than not I wouldn’t want to use the median point of an active selection, but much rather a custom defined pivot.

If you want to set a pivot point to a certain place in 3d space, that’s what the 3D Cursor is for. You can move it to anywhere you want using the 3D Cursor tool, and you can snap it to verts, eges or faces using the usual snapping options.

Or, if you want to pivot around a certain vertex or face, use Active Element.

Basically my point was - if I have a selection I want to rotate around a vertex I’d need to change that selection to the vertex I want to use as the origin, snap the 3d cursor and re-select my previous selection before doing the transform. It’s an unnecessary extra step. If we would have the option to go origin only in edit mode that’d make this less convoluted.

And, if you want to snap the 3D Cursor to an item, there’s no need to deselect or select anything. It can directly snap to items as you drag it over verts, edges or faces.

Ah, thank you for clarifying!

I didn’t even know we have active element working in edit mode, I thought it’s using the whole selection. Just tried the 3D cursor snapping as well in edit mode - I wish I knew that earlier, always just used the pie menu for that.

that’s what the 3D Cursor is for

The problem with the 3d cursor is that it’s hard to position it (no gizmo). And more, we still have to switch the pivot point to 3d cursor which makes all this process very slow. That’s why the direct pivot manipulation (as seen in other 3d apps) is still the fastest workflow.

This is much needed.

Perhaps make changing the 3D Cursor also change the pivot point method ?
Although I think that would need to be a user preferences

Or maybe make a keyboard shortcut for the 3d cursor as a pivot…perhaps using the caps lock key as a toggle for this ? LoL

PLyczkowski made an addon to move the origin to selection in edit mode, and also working on adding orientation too, which i have been looking for it. 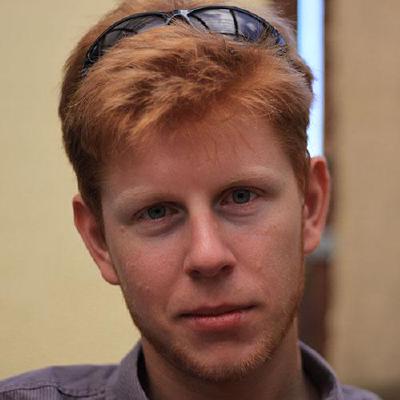 Addon that adds new operators to the Blender 2.8x context menu, for instance the Origin to Selection operator. - PLyczkowski/ply_tools

You cannot transform relative to the Origin in Edit Mode. Even if you could move it in Edit Mode, it wouldn’t serve a purpose for modeling.
And even if that were possible, that would be very dangerous. You don’t want to move the actual origin, which affects many things such as parent/child relationships, just because you want to set a certain temporary pivot point.

If you want to keep using the 3D Cursor as a pivot, you don’t need to repeatedly switch to it. Just leave it on.

No, that’s not how it works. The pivot and the origin are two different things.
When you move the pivot in edit mode it doesn’t affect the origin of the object.

Would something like Alt + RMB to snap the Cursor to a selection and Alt+Dragging on transform gizmos to move the cursor (when it’s the active pivot) be a good starting point? It wouldn’t give us semi-persistent editable pivots or a system of object/collection/scene cursors, but it would be a nice workflow upgrade.

What you are saying doesn’t make any sense. You can already move the pivot point in Edit Mode to wherever you like, but not the Origin. I think you are confusing separate concepts here.

Origin: The [0,0,0] point of the obdata. Moving this affects parent/child relationships, animation and other things
Pivot Point: The point around which a transform happens. You can pivot around the active element, 3D Cursor, selected bounding box, etc.

Moving the origin in Edit Mode would not be useful for modeling, since you cannot use it as a pivot point, and in fact would be a highly dangerous operation, which could destroy parent/child relationships and other such things.

You can already snap the 3D Cursor in the usual way: Hold Ctrl or enable Snapping in the viewport header. If you wish to snap to verts, set the snapping mode to Vertices.

Like I said, I’m not talking about the origin, it’s all about the pivot only.
If you look closely at the gif you can see that I’m moving the pivot (in edit mode) by dragging the gizmo, and that’s what can’t be done in blender, unless there’s an hidden feature that no one knows about.

The workflow I suggested was for snapping the cursor to the median point of a selection and then offsetting the cursor with the gizmo. I’m not entirely sure how your suggestion fits into that.

So your actual request is the ability to transform the 3D Cursor using gizmos. It should be done, yes.

lets say i want to make this pivot point move to this vertex (See image) while selecting 4 vertices. Of course, I could use the 3D Cursor, move i there and then press period key and snap the pivot to 3D cursor. However, this method feels a bit clunky and slow. why not just have something like ‘affect pivot’ checkbox (Like you can with origin) and snap the pivot directly? it would save on pressing a few buttons and improve workflow.

Adding a gizmo to the 3d cursor is another cool idea because there are some moments where I just wish I could edit the 3d cursor’s rotation with a gizmo rather than in the panel. Might be worth mentioning in another post.