VSE: Illogicalities and inconsistencies in exposing VSE Toolbars and their Toolbar Settings in the default Video Editing Workspace template 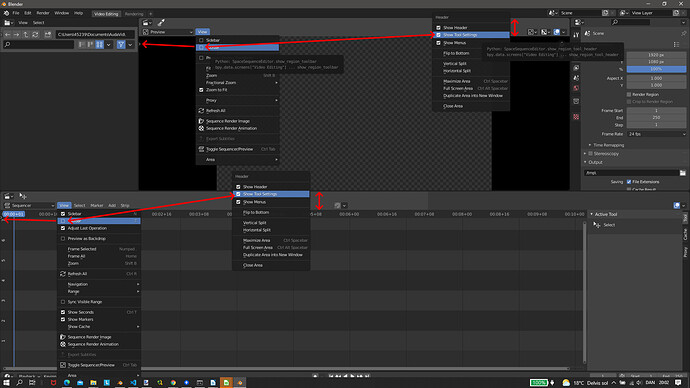 The Sequencer Toolbar only consists of two tools: The default grab and a underdeveloped blade tool(which has an unfinished patch here: D7379), which is properly why the toolbar is not exposed in the default Sequencer layout. Only the Blade tool have options in the Tool Setting bar: Hard and Soft split types. They are inconsistently named when comparing with the same functions in the Menu:

The Preview Toolbar also have only two tools: a color picker which can only be used to show color values(not ex. copy to clipboard) and an annotation tool, which is properly why the toolbar is not exposed in the default Preview layout. Only the Annotation tool have settings in the Toolbar Settings, but they are mirrored in both the tool sidebar and the view sidebar: T88616 What is the point of exposing the same values 3 times?

Yet another inconsistency is that the VSE UI lacks the overlay option as ex. the 3D View have: D10639

In addition to this, there was no official plans for what tools should be added to the toolbar. Neither before or after the toolbar was implemented. And this user contributed design proposal was completely ignored: Design Proposal: - VSE Toolbar