In Blender 3.0 they have changed the way the tool shelf works, technically I have not found a real justification for the change but officially it is for the coherence of the interaction mode menu being next to the editor type menu. I have not been able to find any other official explanation no matter how many times I have asked.

This small change seems to me that it is not sufficiently justified and has generated a cascade of incredible UX and interface problems to simply move a button. The reason is that this has also moved the menus (that have to be next to the interaction mode button) and the transformation properties (pivot, snap, proportional editing,…) converting the header and the tool shelf in an area of the interface without coherence or clear purpose.

Problems that have been fixed

Problems that have been generated

As the creator of the toolshelf design I think this change should be undone because simply moving a button should not cause so many problems to users. In the end they have to use hotkeys and simply ignore the viewport menus because they are less effective.

Moreover, the problem is very obvious when you simply switch from object or edit mode to sculpt mode. Because if you do it all the tool tools disappear from the “normal” header to appear the sculpt mode tools in the toolshelf.

Blender 2.93 Object Mode (all tools in the top)

Blender 3.0 Object mode (ToolShelf in the top but tool properties down) 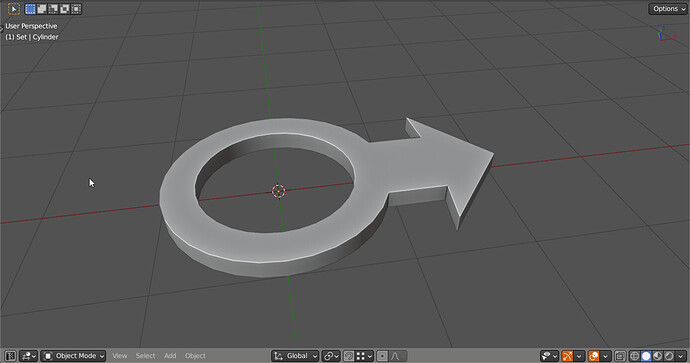 Blender 3.0 Sc ulpt mode (All tools options in the top) 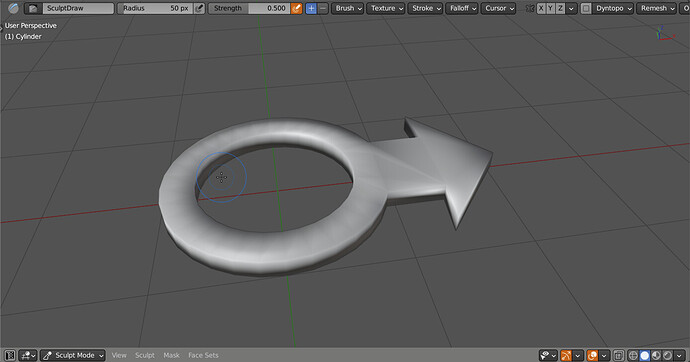 Sometimes it surprises me that so few of us see it as a problem when the damn interface disappears while you are modeling.

Completely agree with this, this change causes more difficulties than solving them. I mentioned it also on blender.chat, hoping some dev could see and maybe consider at least to have the swap as an option to enable/disable in the header menu.

I have spoken several times in the chat, in developer and finally in devtalk to see if they were aware of the problem, but it seems that it does not catch on among the developers that with this decisions has worsened the working experience just for a simple consistency of a button.

In reality, most of the time I have gotten no response at all, even if I simply asked about the motivation for the change. I only obtain a response from @fsiddi

Blender had a big UI/UX problem before 2.8, even after the overhaul which attempted to fix this issue for the user, you can still see this issue here and there because you/we don’t really have a UI/UX designer that’s passionate about consistency and the best UI for the user that create’s the best user experience, this is something i have observed and is my opinion, i could be (most likely) wrong though.

I would like to shine a light on a really passionate artist/developer, Pablo Dobarro, he really gave the impression that he really cared how the end user interacted with the tools and i felt saddened when he left

I sincerely believe that this is not the profile they want when talking about functionality design and feedback. I have tried many times to make the development team see that there is nothing like that and that they are actually going against the spirit of having people working daily with blender helping in the design or contributing in blender and its coherence. And it is impossible to make them see the problem. They are for years in absolute denial of listening to the user on this issue. No matter what nonsense is asked, it is not listened to.

Their way of understanding how to listen to the user is aseptic, completely. If something has a lot of votes, they try to do it, and they listen to the UX changes that people raise during development, often without understanding them. That’s it. Everything that is user experience is reduced to a list of requests from years ago, almost a decade. And it is reduced to features, UX does not exist in that list because basically few people dare to talk about this part of the design, or realize the problems of the design they use.

If someone wants to collaborate it can only be through code, if you don’t write code you are basically not welcome and it is very difficult for them to listen to anything.

In addition to this, they follow a northern european development philosophy where criticism does not exist. You can’t criticize things, the feedbakc can’t be critical, it can only be constructive and positive comments that can be easily ignored. But you cannot attack an idea, which is necessary to see its problems. If you notice there is practically not a single user that gives feedback on a constant basis that is not blacklisted in some way or another or has been censored/banned on a multitude of occasions. And by blacklist I mean a list where comments that make comments go to the trash can.

And it is very funny because if we look at that we have managed to change users has been only when many people have criticized something.

I remember that the Blender Institute was looking for a UI/UX developer not that long ago, i cant remember if they actually hired anyone because i dont see or hear all that much about UI recently.

I believe that a well documented/post post regarding certain issues would certainly bring certain issues to light but i dread the idea that even if lets say. “Boris the Designer” wrote a in depth post regarding the issue of the Blender UI and how certain things are not consistent and are negatively impacting the user experience with even a decent proposal for a solution, would in the end be dismissed because it does not fit the “Idea” of what the Blender Institute wants Blender to be and THAT is a very disheartening idea from a “Open development” software.

It does feel like certain features or idea’s are developed in a “vacuum” and by that i mean, example; there are 6 other software’s that do UI/UX 10 times better than Blender, people will comment on that on the forums, spawn debate, give suggestions and solutions will be created and THEN you’d have devs comment how they don’t want to “copy” anyone and want to develop something on their own that’s different to everyone else in the industry.

And that i find unusual for developers. I mean, if you want your software to be better, look at the competition, sit down and discuss how YOU can improve an already existing well used system that people like. Open discussions on the forums, invite user discussion with suggestions for solutions, then have a clear roadmap eg. “We want Blender to be an excellent tool for game developers and we will approach this by making sure that blender has all(basic) the industry standard functions that Game developers use”.

I don’t know what happened to the guy they said they hired. I have never seen anything about him in the development or comments.

The problem is not that Boris the designer makes a long document, they read it, don’t like it and ignore it. It is that with 95% confidence I tell you they don’t even read it and if they do read it they will look at the name of the signer before they look at the document. I proposed a solution to this communication problem and it was well received but then the underlying problem came out and that is that some members did not want to take into account the users.

Yes it is a bit of a rant, but well, as long as there is movement it is good because there is a better chance that someone will look at it and maybe someone will find out about the problem that is arising.

Another rightful report of a problem caused by the header swap, obviously with little to no attention: ⚓ T93594 Header transform options hide on modal operation, commented also there hoping to raise attention.

It surprises me how this change, which is quite big, happened in the span of a day with little communication and basically no reflection on its consequences.