How about import "command block" (may as "programming cube")

In Minecraft, you can input some commands Into these command blocks, and with a complex arrangement, you can make a special game or application with them. 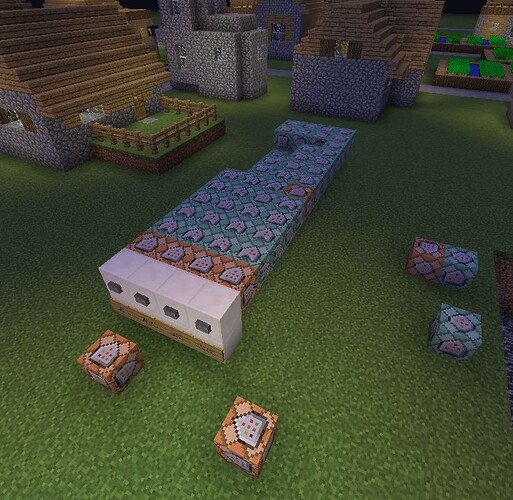 IMG_20210305_104324735×716 126 KB
In my opinion, it actually represent a possibility that we in fact could be programming in a much more visible way, which might help a lot for programmers.
(In Blender, we can also make notes in a 3d world, so that the cube don’t have to look the same.—Blender may be more flexible than Minecraft!)
(Besides, this could be some new form of logic editor which was deleted in 2.8…May also suitable for VR)
(:з」∠)
(Though I even wish it can output an actual python program, in other word, Blender maybe able to CREATE code?—though that might not mean a lot in animation?)

_(:з」∠)_Really wish Blender could have this!

Unity already have a “node” logic editor.
Blender is also going to have “everything node”, and for game logic, “command block” may not be better than “node”…

Just wish there could be something that can visually design artificial intelligence?
_(:з」∠)_Anyway, “command block” is just one way that I created something with. There’s more, and “command block” don’t have to be the onlyone…