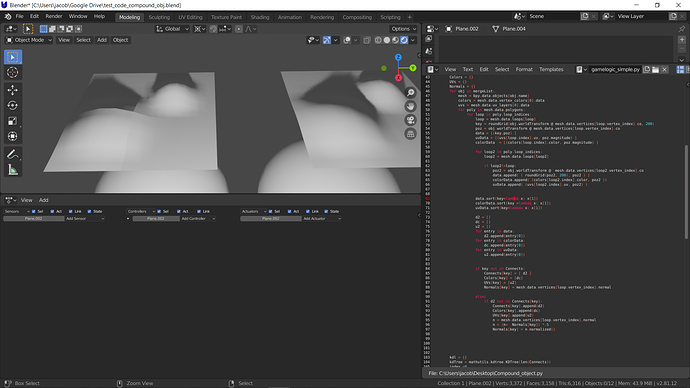 This file has been truncated. show original

this scrapes all vertex into a grid using a increment, from multiple objects,
this way the mertex ‘merge’ - forming the data for a composite object to be drawn.

I need some help porting to C and taking over drawing the mesh in the modifier.

I was thinking this could be on a mesh like a simple cube - and be used to both manipulate the origin,
and store the material and act as a ui for the modifier.

ideally the collection used would be hidden, and it’s position relative to 0,0,0 would be used (like group objects of the past)

Have you heard of OpenMeshEffects? It’s a mesh plugin software. There is a branch of blender that uses it to make custom modifiers in C code. The author wrote it when he needed to figure out how to bridge Blender and Houdini engine and keep the GPL intact. The idea is to have a mesh plugin standard like OpenFX for compositing. Hopefully it’ll catch on.