Thought it might be useful.
I have an old GT 560, and recently it went out of order (as stated in the repair: “even warming up does not help”) when I tried to visualize one scene through EEVEE.
Operating System - Ubuntu 19.04
Were installed the latest drivers from NVIDIA.
There is a link to the project:

Or maybe it died for 9999 other possible reasons among which number 1 is your GPU was old as you said.

Last year, the same situation happened with another video card (580), and also with EEVEE. 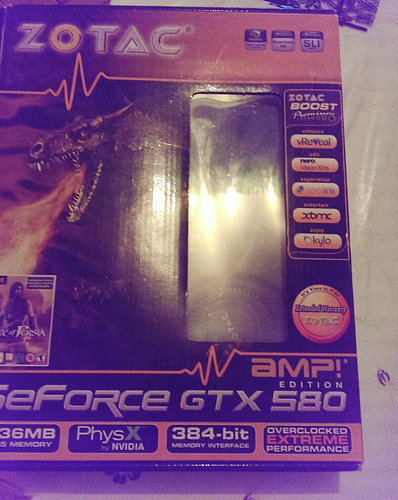 And also, I ask clever commentators to pay attention to the fact that I do not blame anyone in my report. I just want to inform the developers and the community that there is a possibility of the existence of some rare errors (in a blender, in EEVEE, or in nvidia drivers for ubuntu) that lead to unprecedented overloads.
But maybe this is just a coincidence.

Last year, the same situation happened with another video card (580), and also with EEVEE.

Thanks for commenting on your problem. This could help to find a pattern of some possible problem if many more users would be having the same problem.
Eevee can intensively use the GPU, as Cycles does. There have been people who have broken an old card for intensive use with Cycles as well. But you already have two broken ones. For now I would recommend you stop placing graphics cards on that motherboard and with the PSU that your PC has.

Yes, both video cards work great in Cycles. But it was obviously the graphic load that killed them. In other matters, there are probably few users with such beggarly equipment, and therefore there are no other error messages. )))))

I tested your scene here on Kubuntu Linux, GTX 960. nvidia-smi reports that Power usage fluctuates between 60W and 100W (My card is 160W max). Render in Cycles heavy scene with volumetrics and big tile the power used is stable around 60W. Apparently Eevee is using more power, but anyway it is within acceptable levels, and the cooling system of the GPU is working correctly.
Just mentioning this, without drawing conclusions.

Оo, this is very interesting and useful, really. Thank you.

So let me understand, it turns out that the cards are not burned, they work for Cycles? Are they still working well, or did they work in the past, you say?. But your machine starts having problems when you work with Eevee? What kind of problems? Does the PC shut down?. If they still works with cycles you try placing the cards in another computer with another motherboard and powerful PSU.

(Sorry my bad English, I’m not sure I’m correctly understanding conjugations of the verb in past and present)

Video cards out of order in the process of visualization in ivy. I do not know what exactly happened to them, I can not give more detailed, technical information. When this happened, (both times) I took the computer to the service center (it was to the center where they collected this computer for me (they collected it this way: I had 580 zoottes from an old computer, it’s very voracious for electricity, I brought it to the store) , and said that I need to assemble all the rest of the iron so that this thing feels comfortable, does not burn, and does not burn something nearby), these guys know their stuff), where I was told the verdict. For the first time, from 580 they suggested a dangerous warm-up procedure, I agreed, and everything worked fine. But after a few months, the situation repeated. I again took the computer for repair, but the master said that 580 had fallen heroically. Then I replaced it with 560 which I took from a friend. He worked for her half a year. And so, a few weeks ago, something happened that I described in the first message. Every time, with both video cards it happened the same way:
during the rendering, the screen darkens sharply, the monitor shows “no signal”, but from the keyboard indicators and sounds, I understand that the system is working, and the picture just disappeared. I reboot the computer, and I see a swatch. As if some garbage in the memory of a video card is mixed with real data, and it displays all this content on the screen, assuming that everything is in order (this is my free interpretation)))). In principle, the picture is partially visible, and you can enter the account and do something about it. I even tried to run a blender in this form, and re-set the render, and then everything was repeated.
With cycles nothing like this has ever happened. 580 worked for me long enough (also in the old computer). Moreover, since I work in the media sphere, then I occasionally have to render animations on this computer with these video cards (in general, I have another computer for serious work). So it was very strange that these video cards died from some standard loads. And it seemed to me strange that 580 and 560 died in the process of rendering with eevee. So I decided to report it here.

Once again, the video cards are dead. They worked well in cycles (even in eevee) during their lives. But now they do not work. )))

I apologize for necroposting, but I feel an urge to share and think this issue should get more attention.

Yesterday, my graphics card (also GT 560) died in the middle of rendering with Eevee (Blender 2.83). Just minutes before failing I looked into GPU-Z: load ≈50%, temp ≈64°C. First, the screen blacked out, then windows reported that driver was restored. After that I couldn’t launch blender again without same failing-restoring driver. After reboot I couldn’t get Windows to boot and got BSOD, then another BSOD with pattern of dashes (probably sign of failing video memory), and today I got similar pattern during POST.

For now I resorted to even older card. Thanks to it’s slow clock speed I managed to capture some weird behavior with GPU-Z. Can’t say if it is connected to the cause of failure, though.
Dedicated memory usage was jumping from 170 to 440 on each frame. It may not seem much, but the scene was pretty simple. On GT 560 this probably happened every half-second (time of rendering single frame). Can’t say anything about power consumption, but my PSU is pretty strong (800W) and reliable, so probably it should’ve handle it well. GPU load and temp seemed relatively stable at 50% and 55°C.

P.S. Old as it was, but if you’re rendering with it, you shouldn’t fry it.
Final note to self: use viewport render when possible.

This should be investigated, for sure. But for what it’s worth NVidia cards for me also have a tendency of dying in a firey death ever so often. So far from 4 NVidia cards I’ve used two have died from overheating. And I was using them on games at the time. I get the feeling that NVidia cards simply work much closer to their limits than ATI cards usually do, maybe?

And I never OC my cards - just to be clear.

I’m sorry for your loss, but I’ve seen many discussions about this nvidia series, and 560’s are well known for their easily overheated chips. Furthermore, I had 560Ti myself and it has been slowly dying through 2012-2015 while I have been playing games (constant screen black outs and “driver was restored” from once a day to once a week) until it finally died.

I’m more concerned if this could wear out a newer, more expensive card.
I found this reddit thread. Similar black-screen issue happens on newer cards as well, AMD and NVidia alike, mostly in Eevee.

How does Eevee rendering compare to something like Unity, playing a modern game with RTX or even using the Unreal Engine?
I found that especially Unreal Engine immediately hogs all of my processing power from all over the system but especialy rendering seems very demanding. I haven’t checked in detail on how those things compare. Also - I am not sure if there is a thing Eevee does that is more dangerous to a video card than what other renderes do. This is also an interesting thing to know. After all video cards should be able to work on full power for a longer time. If they don’t then that’s more the hardare’s fault.

And I don’t want to blindly defent Eevee here, either. If there is something that’s more dangerous to the hardwar than other software it needs to be eliminated ASAP. On the other hand I know that modern video hardware overheats and dies rather easily when being used longer periods of time no matter what.