Everytime I create custom bevel profile adding points to a curve I have to manually increase number of vertex count for beveling or add a driver, but what if it will be from out of box automated. After I add new point to a curve the number will increase +1 and the opposite case. I remove point and number will decrease -1. 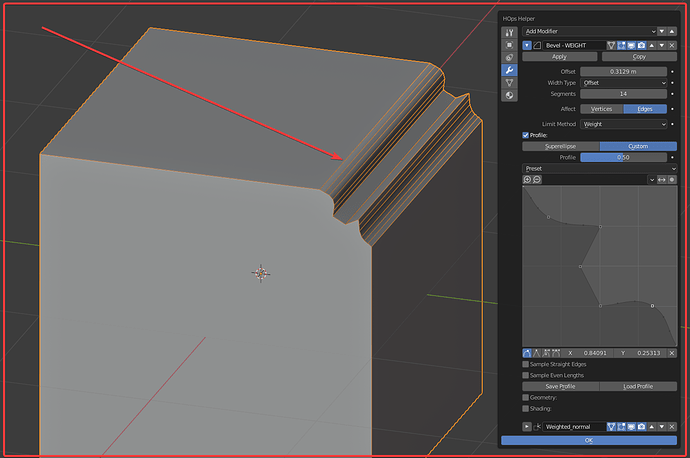 YadIAOLW2u1368×910 231 KB
Of course if I want more subdivisions I will have another option like in subdivision modifier to smoothly subdivide.

P.S. What about snap to grid points or lines and of course grid should be subdivided to snap bevel points with Ctrl.

I like this idea too. Unfortunately it’s not at all simple to do this from the code side. The profile widget doesn’t have much of an idea about the modifier, so it can’t tell the modifier to increase or decrease it’s segment count.

To solve the more complex editing situations, I would rather make it possible to import an actual curve object. There isn’t much point in rebuilding snapping and subdivision for the profile widget if it already exists elsewhere in Blender.

Also, those save and load profile buttons are interesting. Funny that someone made them already. I assume those are part of Hard Ops?

Also, those save and load profile buttons are interesting. Funny that someone made them already. I assume those are part of Hard Ops?