Its not decoupled. You cant use only the blur capability since its a generative node.

I agree though, a blur node would be absolutely amazing.
In the meantime we can use this workaround: https://www.youtube.com/watch?v=kAUmLcXhUj0&feature=youtu.be&t=23m58s

Some of these will ease the need for complex setups. A lot of it is possible for the first time out of the box.

1D, 2D, and 4D versions of perlin noise were added.

1D noise can be used as a general noise function when only a single axis is varying:

This axis can be time, in which case, the noise act as a 1D wiggle:

More specifically, it can be used, for instance, to create a brushed metal texture: 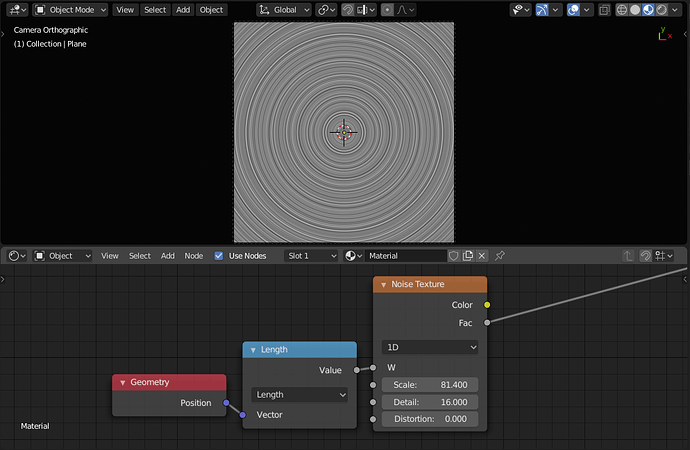 2D perlin is almost two times faster than 3D perlin, so in cases where 3D perlin may not be needed, like terrain generation, using 2D perlin should noticeably speed up your scene.

Additionally, 2D perlin can be used to animate 1D perlin:

Or to make 1D perlin C¹ continuous at i / scale for any integer i:

Primarily, 4D perlin can be used to animate 3D perlin:

Or loop a 2D perlin animation:

Musgrave noise was also extended to 1D, 2D, and 4D dimensions. Since it is very similar to perlin, the aforementioned examples also apply and I shall not showcase it further.

Very Cool, Blender is just getting more better each week, also what Linux/Window Manager you using there @OmarSquircleArt .

Arch Linux with i3-wm. Not a fan of i3, but using it temporarily until I write my own X window manager.

Thank you for your great work! It’s good to see such confidence at a GSoC.
Although I wish there would be preset node groups of all these use cases.
The average end user has no clue on how to get to these seemingly simple noise setups with basic math nodes. These should be somehow accessible out of the box.

I feel like most of these don’t really need a out of the package node. Only for very specific common use scenarios is that a good idea, imo. Maybe the nodes for “looping” the 4D textures could be bundled, and perhaps the “scatter” setup? But I think that would come with its own set of complications, and would probably be outside of the projects scope, or so I would assume.

Looks great , maybe add some more noise types as well currently procedural marble and cracks an erosion and star dots are complex todo dither patterns as used in graphic industry might be useful as well.

Hello @OmarSquircleArt, great job so far.
Do you think that this RCS feature request can fit in your GSoC?
Would it be appetible?

When using image textures, we often face the tile repetition issue. So we have to make the texture seamless with external apps, or make a texture coordinates scrambling... 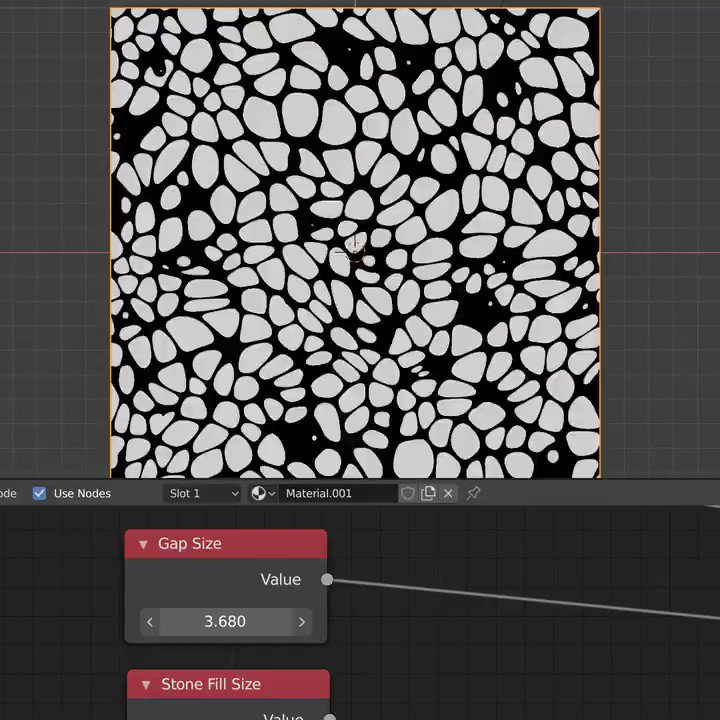 first try with new nodes from the procedural branch https://t.co/oeD1FIPPjl so many new possibilities 🙌#b3d #blender3d https://t.co/wphvVjSqZX
OmarSquircleArt July 9, 2019, 11:53am #45

Do you think that this RCS feature request can fit in your GSoC?

Seems like this was done manually using multiple voronoi nodes, so not exactly variable.

The most useful here is probably 4D, which could also be displayed as a “time” or “seed” value in order to skip implementing 4D vectors.

Very nice. Reminds me some works from shadertoy.com. Just some idea:
It would be interesting to add Voronoi cell center position control as generic input. This way interesting effects could be achieved. For example odd alternating input pattern in one axis leads to hexagonal honeycomb pattern.

A Volume Info node was added. The node provides the color, density, flame, and temperature of smoke domains: 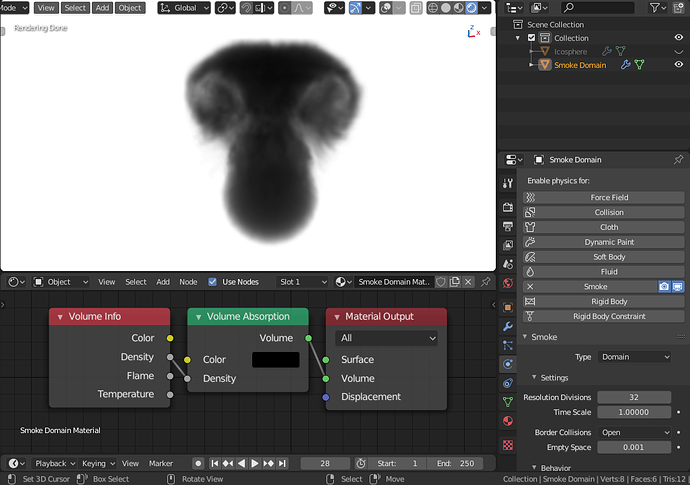 A Vertex Color node was added. The node provide a nice interface to select the target Vertex Color:

The alpha value of the vertex colors is now exposed:

The object color property is now exposed through the Object Info node. This is particularly useful when using a tool like Animation Nodes, where colors are computed in Animation Nodes and needs to be passed to the render target. For instance:

@OmarSquircleArt Yes yes YES! You are awesome! Does that actually mean we don’t have to add those unintuitive ‘density’ and ‘color’ attributes anymore for rendering smoke!?