I’ve recently started to use bpy.props.FloatVectorProperty(subtype='DIRECTION') in a Panel and like the general idea of a 3D shape that can be rotated to indicate a direction. However, the current implementation has some problems;

I feel the control could use some development work. Would anyone else agree? 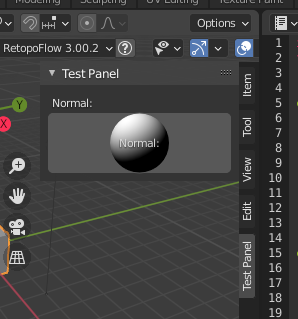