Can we finally have normal scale gizmo?

The scale transform gizmo in Blender is currently flat out broken. Here’s why: 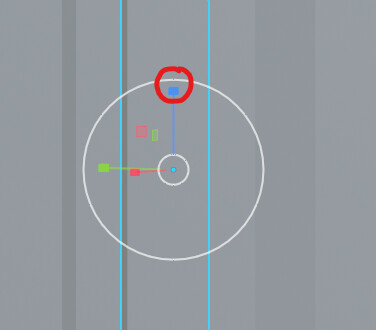 The outer ring is a really poor temporary solution to an underlying problem, that the scale gizmo uses the same system as the hotkey scale transform, which adjust the scaling sensitivity based on the distance of the mouse cursor to the scaling pivot. This means that if user were to use inner ring for scaling the object, the scale sensitivity is so extreme it’s impossible to scale the object precisely.

While cursor distance scaling sensitivity may make some sense for the legacy hotkey based scaling method, where user has the luxury of positioning their cursor anywhere before entering the scaling mode, in case of transform gizmo, user is literally forced to put the cursor near the scaling pivot, almost always resulting in excessively sensitive scaling operation.

Instead of doing the logical thing, and introducing new scale mode for gizmos, which would not adjust the scaling sensitivity based on the distance of the mouse cursor to the scaling pivot, we got the typical Blender way of reinventing the wheel by adding another ring outside of the gizmo to work around this. This however causes big issues when trying to scale objects using the gizmo on individual axes.

Since the axis handles of the gizmo suffer from the exact same issue - sensitivity based on the distance from the scaling pivot - the users adopt the habit of dragging the very tip of the axis handle, to have as reasonable scaling sensitivity as possible, but the threshold area between the tip is very fuzzy and very inaccurate.

The amount of errors where uniform scale occurs instead of axis constrained scale is extreme, especially given that the user is forced into the error prone threshold area if they want to have at least some chance of reasonable scaling sensitivity: This doesn’t happen in any other mainstream 3D software. This really only happens in Blender with this unique, flawed design.

Can’t we just have a normal scale gizmo like all the other software? Where scale sensitivity doesn’t change based on the distance from the scale pivot center and the outer ring nonsense is not there?