“If I had asked people what they wanted, they would have said faster horses.”

First of all, this phrase does not mean, in any way, does not involve your customers, users and consumers in your decision making. What she really means is simply: “Sometimes people don’t see everything that the future can offer” or “They are not able to anticipate that they would want or need something that didn’t exist yet, or that they didn’t know how to could really be ”

A few years ago I imagined that an area dedicated to 2D drawings in Blender would be very interesting. But if I said this to someone, the answer would be: “Use the orthogonal camera and curves or polygons with shadeless material and problem solved!”

Another old case is with Cycles. Despite the clear need for a renderer like Cycles, not everyone saw this as something important. “You can just use V-Ray Render, Luxrender or Yafaray”

But after Cycles and Grease Pencil launched, it was as like everyone had always dreamed about that. Well, I have been thinking since 2008 about something that I have always had an interest in but I never imagined being really possible in Blender until this new professional generation that we are living through. Maybe this will become plausible after talking to the community. Perhaps between Blender 2025 and 2030, a development in this area may arise. But I digress. What I really want is for the Blender community, basically divided between artists and developers, to look closely at the scientific area. When I was a kid I was blown away to see Dexter’s Laboratory on Cartoon Network. A laboratory in your room… Currently, I feel the need to use software like Inventor for prototyping technologies and then patent them. And, even though I know that this brings us the same ‘solutions’ to the Cycles Render issue, I must still insist that it would be really interesting for open software to bring solutions to scientific areas.

There are several areas where Blender could be used, such as mechanical engineering, robotics, chemistry laboratory, forensic laboratory … both for work and for studies in schools and colleges. A more practical example of use would be in structural stability calculations for construction engineering. That alone would change the lives of many architects using Blender.

The idea of ​​a Blender Lab may be absurd at the moment. There doesn’t seem to be any need for that. It is not part of the objectives foreseen for the program. It would be extremely expensive. There are already programs for these purposes. Even so, I must again point out phrases that I wrote in this post. Sometimes, we just don’t see what can be brought up. Another issue in this regard is that, as I said, Blender users are all about artists. But that does not mean that there is no latent potential available. It is likely that architects or some engineers using Blender will be able to find this sort of thing minimally interesting.

Now imagine in the future, perhaps in the 2030s, with a highly developed Blender Lab. Technologists testing their ideas inside a free virtual lab, and then sharing them. Even if a product is not launched commercially, new ideas can generate new ideas. I can’t imagine what the tech world would be like if something like that happened. 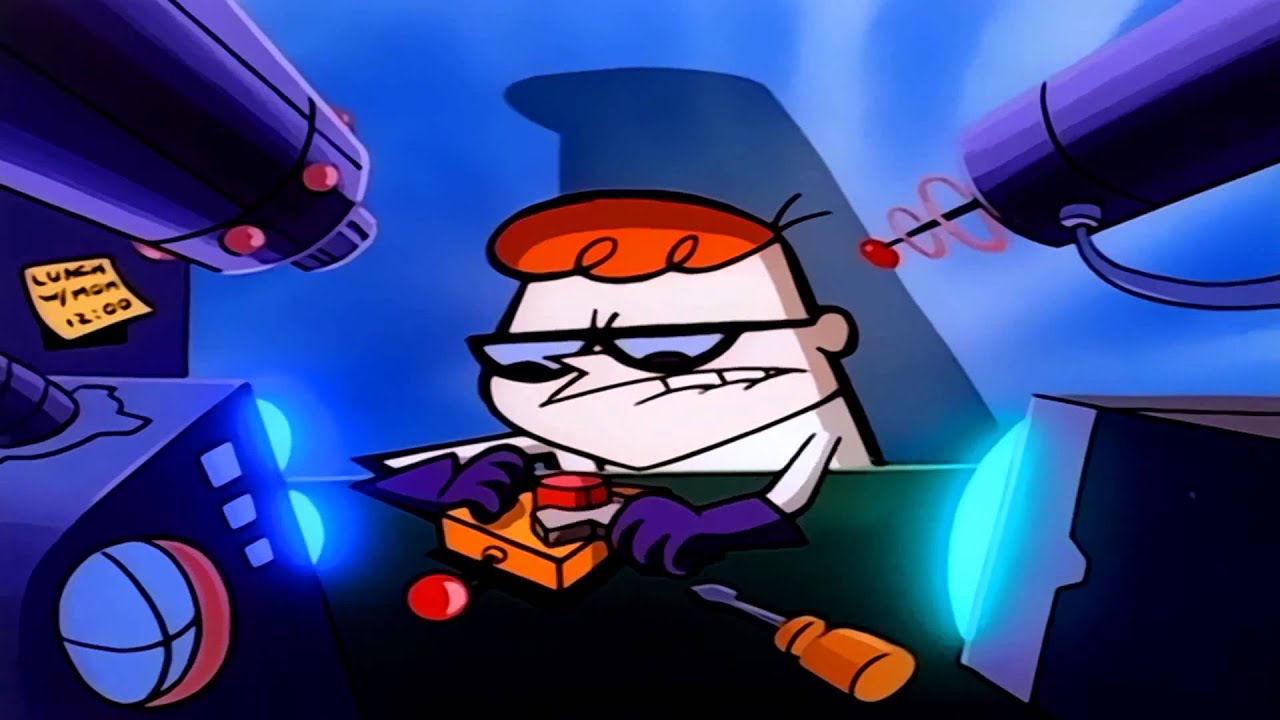 Blender is already used extensively in science. It’s not a futuristic thing… it’s been around for years and years.

I was going to put that in the text and forgot. It is generally used in the graphics area. For example, to generate a 3D image from a tomography. But one thing does not exclude the other. A virtual laboratory is the closest to what I am trying to say. I imagine that those who feel the need for software like Revit and Inventor understand the potential of Blender to enter this area.

See any of the dozens or hundreds of threads asking about CAD features…
Perhaps it would help if you could clarify what you envision.

CAD tools and modeling of extremely precise mathematical shapes, for example by nodes, could help. But it’s not like I can test a robot on a simulator. I would have to give examples here. Which would be tantamount to giving up registration. So I don’t know if I use an example or not.
At the moment I was only able to patent a single technology. And guess what? It has to do with automated sterilization. We are in the midst of a worldwide pending, did I manage to sell the technology? No, why? Because I need a prototype. What do I need to do this? Yes, Blender would help me, but only in design. And that is not the most important part, but how it works. Today is Saturday. Do you know what they did? They gave me until Friday, yesterday to make one last payment. I may have missed the deadline because we are in an economic crisis. Maybe if I had been able to present the prototype before …
But for that I would have to use a tool designed for this purpose. And that it wasn’t just about design. And look, it was not a very complicated technology. 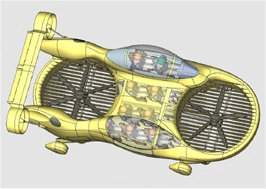 It is a car project from a 2007 article that talked about the possibility of flying vehicles being on the market by 2010.

When I was a little over 10 years old I designed a flying car, in an attempt to really achieve the technology needed for one. The design was practically identical to the one in the image. That was well before the article, of course. Almost 5 years before. The main difference is that my prototype had a helicopter tail. That’s why I called it AeroCar Vil, which came from Violin, because it looked like a seen from above. This was not the first design but it was practically the last. I couldn’t test it so I never knew if the concept was plausible. Until 2007, when I read this article on a technology site …
Of course, as the article was wrong in its prediction, we can interpret that the vehicle would not work. But that does not eliminate how surprising the fact was for me. In addition, still in childhood \ pre-adolescence, I came to the final conclusion that the biggest problem was not the creation of a flying car. We already own vehicles that fly. The problem is that we don’t have pilots of flying cars. In other words, the solution is that when the cars were driving alone, what we now call autonomous vehicles, it would be possible to use a flying car. But there are other problems like taking off and landing in the middle of the street, road and sidewalk without affecting others around you.

As a teenager I created the concept of a train or subway that used electromagnetic levitation inside a vacuum tube to get around at very high speeds. The idea was treated in the same way as the flying car idea. Child’s imagination. One hour I stopped playing with the project. Several years later this emerged: 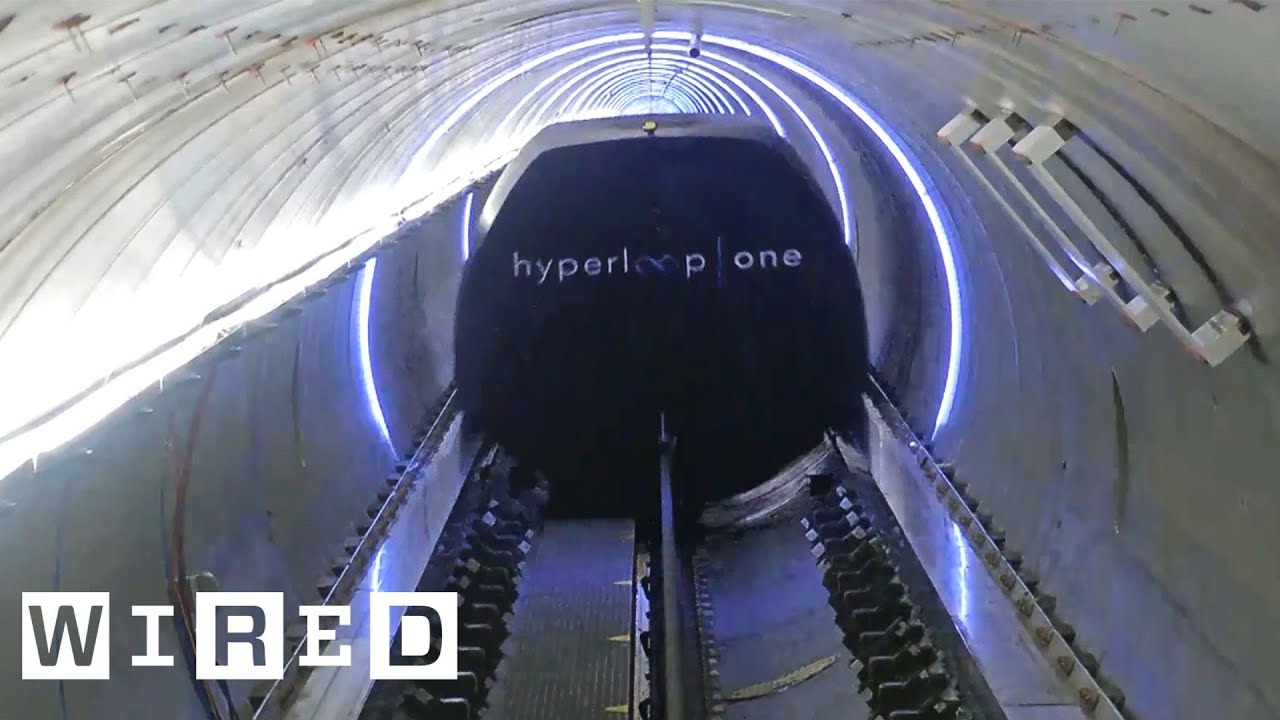 Some differences can be noticed. Mine surrounded the train with electromagnetic propellers instead of just the part underneath it. The thrusters were also used in the back, and in the front pulling instead of pushing. I prefer not to have to spend a lot of time explaining. I called it MacWorm because I saw the train traveling around the globe as if it were an earthworm on an apple, and also because I believed it would be able to break the sound barrier by becoming the fastest land vehicle. Therefore, I assumed that it would overcome some jets and rockets due to the lack of need for landings and takeoffs and exits and re-entry into the atmosphere.
I even assumed that depending on their speed, a safety system would be needed to decrease the G-force that passengers would feel. So I had an idea, in short, of chairs that rotate to help cancel and reduce the G-force. I was very surprised to learn that this is also present in that prototype.

One of my last changes to it, which was very recent, involved changing the method that would be used to pick up passengers. Instead of stopping the vehicle he would pass through a station and pick up a load like Chinese trains would do in the future. For that, a whole concept was being planned to remove a block from the moving train and position another one, since it would be totally surrounded by electromagnetic propellers. Of course, I gave up on the idea.

Something simpler? Yes, a lot. I don’t know, a folding bicycle, with a much better functioning than the one on the market and whose name would denounce both the marketing strategy and part of the technology. A hut that is instantly assembled when using hydraulics to push fluid from a bottle or box into rubber tubes that would harden and support the hut.

Apart from architectural concepts such as ideas for vertical farms, including plantations, livestock, and even tanks with fish, crustaceans and seafood. Having a shovel of problems to be solved.

All things that have come true, or real prototypes.

Unfortunately continuing a personal story may be unnecessary on the forum. But I really went through the need to have a virtual lab. But this is a very new concept. I think it’s only around the middle of 2020 that we’ll really see real virtual labs working in the world. Although several simulation software has been used in the market for decades.

If I’m understanding you right, you want Blender to be a space for accurate simulations in order to test prototypes virtually, just like you would in the real world? That way, anyone could make virtual “real world” tests without needing to spend lots of money in order to know if their idea was successful, no?

I think it’s plausible, even though it’ll take years from now. I believe the interactive mode plans involve something towards a similar goal: to use Blener simulations in a more reliable way.

Blender is already used extensively in science. It’s not a futuristic thing… it’s been around for years and years.

And one of the, though not the only of course, reasons for it was the game engine that we no longer have.

Well, the BGE is planned to make a sort of comeback when interactive mode lands in the future (probably alongside Everything Nodes, though).

And there’s UPBGE, which is maintaining the BGE as a separate branch and now it almost supports EEVEE completely, iirc.

It’s more or less there. Although there are other applications. Like a virtual chemistry lab for schools. Or physics. Or workshop. In fact, any virtual labs that can help in class at a school, college or university are already valid.

Moved this topic to the User Feedback category, as it is not addressing something that is currently being developed.

We kindly advise to discuss general ideas like this on the Blender Artists community. We try to keep Devtalk as relevant as possible to actual development. Thanks.