BLENDER DEVELOPERS, PLEASE READ!!! I really do not know where to post this but, I have a helpful implementation that Blender users would love. The implementation is an auto-updater for blender builds. So, when a new blender version comes out, the user does not have to get on the site and download the whole blender software AGAIN. Some people just say, “Heck with the new version and continue to use the same version longer than they should.” or some people just say, “I need the latest feature of Blender to fully function.” while waiting to do projects on the new build of Blender. Not to mention, Blender will keep updating to new versions which can take up some space overtime.

This could either be a standalone program that could be made or maybe the Blender developers can add it to the next Blender version with a drop-down menu. If it would be easier for a standalone program, look at the Reallusion downloader for their character creation platforms. This would be cool because all you would have to do is click 1 button to update it. If users still wanted to have an option to have some of the old Blender versions, there would be an option to “Download & Install”. If the user wanted that version gone, all they would have to do is press the same button that said, “Download & Install” but instead it would say, “Uninstall”. It would say, “Uninstall”, well since that version would be already on the system lol. If the Blender Developers wanted to implement it to the Blender application, they could add another drop-down menu from the top. They could also add it to the already created Blender icon drop-down menu in the upper left-hand corner.

Either way, it would help people to focus on their creations rather than wondering if they need the next Blender version or not. This way, the clutter of having multiple versions of Blender will go to the wayside. Most other applications in the World have this already. Why not have one of the best’s free 3D software in the world have it? I think the users would love it and it would boost the positive vibes about Blender as a whole. People are always looking for the next Blender version to download. Why not have people always waiting on the next Blender update instead? Blender Developers, I look forward to seeing this auto-updater program being implemented for Blender. I hope the Blender Foundation will hear me out and help our fellow 3D artists!

1 Like
About the Blender Development category
blenderdumbass September 7, 2020, 11:55am #2

So, when a new blender version comes out, the user does not have to get on the site and download the whole blender software AGAIN.

Well on linux it’s with the system updates. If you installed the blender of course.

I saw one for windows users. I believe it’s called Blender Version Manager. I was thinking about adding this functionality into Blender Organizer as well.

Well I don’t see why something like an update button on Windows couldn’t be implemented. It’s a matter of not too much lines of code. Considering that download directory doesn’t change.

According to my own estimation I find it safer to manually control what I install and what I use. As for example I have 2.7 for many legacy files, now I have a stable and trustworthy 2.8. As I plan to gradually switch to 2.9 this week I will still install it in a brand new directory without discarding any prior version.

My point here is that I would find it very limiting and unsafe to have only one version and endanger the stability of my older projects, though for example I don’t use 2.7 or save anything in it. Still I can browse about a hundred files painfully created and collected with ease of mind.

And this trend keeps getting more intense now, as of 2.8 is becoming LTS and 3.0 is in incubation, no one knows how the file format will change in the future. But at least playing with multiple versions at the same time is considered much better way.

In essence this program instead of becoming auto-updater can become an auto-installer that extracts new versions in your preferred directory. And also a launcher manager that will be able to pick the correct Blender version according to the file header.

There have have been previous discussions on the topic here. I think in general Blender developers agree that an auto update would be good to support, but it’s a complex project to do well and it has not been made a priority yet.

Personally I only use 2 portable version, official release and beta version. But each time I make updates I need to (first have a lot of time haha) download the whole file, extract it, reinstall addons, set my preferences, my startup file, my keymap. I do it like this because people told me that overwrite the old files with the new was not a good way to do… so I guess that an auto updater would be awesome in that case😄

There are third-party updaters. I use blender launcher, it suits my needs so far. It provides one-click download options, I see it convenient enough.
If you are experienced with bash, you might be able to write a script to download and unpack the latest blender build, and you also can kick it from cron or windows task scheduler.

But usually there is no need in frequent automatic updates, as release builds don’t get updates that often, and bleeding edge builds may have bugs.

Hi, I use BlenderUpdater from Overmind Studios.
It check for updates of buildbots builds, download, unpack and copy the latest build.
It is Python based and work on all platforms. 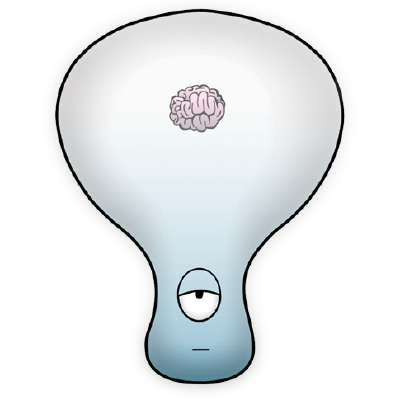 
It should be possible for a Python developer to add/change it to stable builds, too.

I’ve never used it, but isn’t that something you get by installing Blender via Steam?

From the second review I saw:

“Amazing Software used it long before steam. Only switched over because it automatically keeps it updated!”

Auto updates for any software applications is a big NO NO!

It -might- sound really nice, but when you run long time projects it’s a horrible solution.
You never know what will break on that update without testing the application, or addons for that matter.

I truly hope this will never be implemented, or at least have the ability to turn it off. People already know what a mess a OS update can deliver, not to mention a update of Blender in the middle of a large scale and complicated project.
No thanks… Especially from a studio standpoint.

Personally I am not a fan of “auto” updating. Although it could be nice if it would at least check and inform you there is a newer version.

Some of the downsides are that if there are say 1 million users all sending queries to the 1 gigabit server that is already 1/5th saturated, then you just waste our bandwidth for the web query.

Also if there were something that actually updates the client, then you have serious security considerations. Imagine having tens of thousands of devices get compromised because an infected auto update server got rooted. Granted that this is potentially less of an issue due to signed binaries, it doesn’t mean that there aren’t work around to invoke scripts; Powershell, Python vulnerability in current query code, etc.

IMHO, setting up a bucket in a cloud provider that just serves up some files with a text version of the current version of blender so that the client can check, and if out of date, give an option to open a page to the download area, might not be bad. At least it’s better than running arbitrary code. eg don’t:

If auto updates ever will be implemented then i hope it is OFF by default. I update when i need to and be sure i am ready.

The reason I brought it up is because every time I want to download a blender version, I have to go to the website, pick the version, download it, reinstall my plugins, fix keymap, change the defaults settings and so forth. Don’t you guys think that is a hastle? You would think Blender would be better in this area as I wonder how many people have gone elsewhere because of redundancy. I know Blender is free but don’t you think it would benefit not only us but give more momentum to the new users who try it out? Which could give more support and donations to the software?

From above, you guys mentioned blender version manager, launcher manager, overmind studios blender updater, blender on steam, etc. Thanks for mentioning them.

One thing Blender could benefit would be some sort of text based robust settings system that would prevent breakage of something inside new Blender when migrating setting.

I don’t understand “Auto Update” as synonymous to “forced update”. I think the Blender developers know that as well. A software that is as dependent on working plugins like 3D software is, can’t just update all by itself.

This can maybe be made conveinient but it always has to be a user driven action. With saety net.

Personally, I’m also more on the side of something like Unity-Hub, though. A container management application that can keep track of all the installations and such. For me it wouldn’t be high priority, though. Much more important things to fix inside the program, first.

You don’t have to regarding your settings.
Create a custom application template for your startup scene and (kb) preferences, and move your addons to a folder set in the Scripts path prefs.

This way it doesn’t matter what version you run, all your settings move along via the template.

Would it be too complex to create an auto-updater that will just delete the old version and install the new one with the possible option to allow side-by-side installation and update of major versions?
No patching, etc.

I decided to use the Windows store version but I guess it won’t make it easy to access the folder structure, etc. and maybe the updates will lag, so I might to go back to the normal installer.

Of course these are different features. One is for lazy people and the other one is for dictator led companies.
Im a democratic world we would have the choice to manually upgrade if we are industrious or autoupdate if we are lazy.

I’m here -only- because blender crashed on me (very rare), and when I re-launched it, boom, my code doesn’t work anymore! it turns out that my version of blender got upgraded while I was happily working away… I noticed some funky things re-loading my project, but it took a bit to really understand what had happened. I’m pissed. I’ll get over it, but still! …maybe a bit of warning or something? or the choice to upgrade or not? …now I have to decide whether to upgrade my code (who knows how long that’ll take?), or attempt to re-download the previous version… either way, my work for the evening has come to a sudden abrupt unpleasant halt.

IMHO, use steam if you want an auto updated Blender experience. Or possibly Windows Store.