The developers should also consider adding thumbnails for the blend file, so that we would know what project we are going to open if it would ever happen to save a blend file as “untitled”, and then later remember that you had something important in one of the untitled blend files, but can’t remember which one was it.
The way it would work is simple, before closing blender, the user will have to save the project, that save will create a screenshot of the current picture from the 3d viewport, and put it over the icon from the blend file

This idea is referenced from Maxon’s project file thumbnail feature 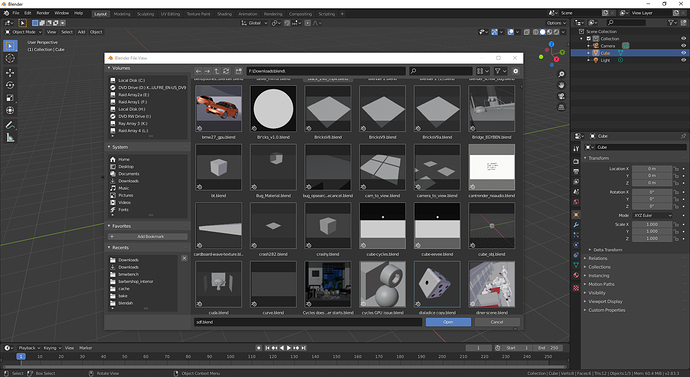 Nope?
I think he means in the windows explorer.

And yeah, most dcc apps support that, so why not? 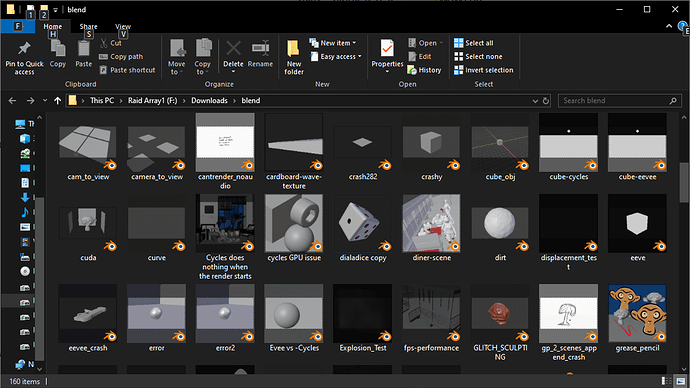 the windows installer should install support for this out of the box, if you run the .zip version or the installer failed for some reason you can register the thumbnails for explorer by running blender -R

Hm, I never run the installer, that’s why I missed it.

Anyway, thanks for the hint.
Cheers.

ahh, so it is a thing!
Tho, how do I run that command? blender -R
Also sorry for late response.

EDIT: Ah! There we go! I searched out on the internet on how to get the thumbnails to show in windows explorer. All I had to do was open command prompt with administrator, type chdir and paste the directory folder, press enter and then type the command you mentioned right there
Thanks alot man,

You can register the thumbnails for explorer by running blender -R

But the docs say that the “R” argument is to “register blend-file extension”, which doesn’t mention thumbnails. I wonder if there is an argument for splitting “RegisterBlendExtension()” into two parts, one for blend association and another that hooks up BlendThumb. And then putting both of these onto menus somewhere.

I don’t see any value in splitting these things up, they kinda go together, having a thumbnail and still have explorer go ‘uhh what do you open this stuff with!?’ will be confusing for many.

I don’t see any harm in perhaps changing the description for the option or exposing it somewhere in the prefs/menu system but honestly that be up to the UI people.

I don’t see any value in splitting these things up

You are probably right. I just run so many versions of blender that are so temporary that I would never associate “blend” files with any one executable. But I might still want thumbnails.

changing the description for the option

…exposing it somewhere in the prefs/menu system…

You are probably right. I just run so many versions of blender that are so temporary that I would never associate “blend” files with any one executable. But I might still want thumbnails.

2 posts were split to a new topic: Problems building blender