Any plan to bring back the old functionality of the Multires modifier?

Is there any plan to bring back the old Multires modifier functionality to sculpt at lower subdivision level?

There are plans, yes. The question is when. lol

The multires is dead, it needs to be fixed first, then everything will be back to normal.

I guess, its a quick hack to avoid a dangerous bug. Multires still broken.

Disabling lower subdiv levels still not safe. After you do some sculpting, further multires subdivisions creates an artifact on edited pole areas. 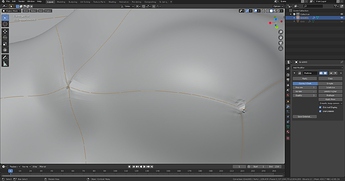 Bugs are there since Multires moved to OpenSubdiv. Atm, bugs prevents me from using Blender 2.8x for serious multires sculpting.

As far as I know, OpenSubdiv could help to keep blender in line with other apps which use OpenSubdiv.
But there might something I cant see. Some advances of OpenSubdiv which might push Multires to a next level. Are there plans or ideas?