I’ve been running some tests to try and find what might be causing unexpectedly high RAM usage with adaptive subdiv.

I’ve noticed some constraints with the current system: 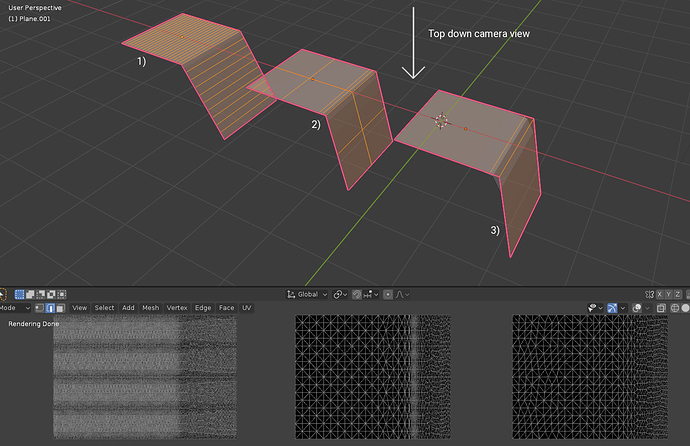 adaptive_subdivision_constraints_011375×889 227 KB
Ideally the tri density would be consistent across all three examples above.

Here’s a real-world example with a combination of the issues:

I can’t reliably render that model at 1920x1080 with 0.5 subdivision level and stay within an 8GB VRAM limit (some camera positions cause spikes in RAM).

A quick test in a new scene on a subdivided plane with 2 tris per pixel filling a 1920x1080 frame uses about 1.5GB VRAM. Of course, in practice a mesh will have geometry beyond the edge of the frame. But even so the actual RAM use is much higher with adaptive subdiv enabled in a typical scene.

Could anyone with knowledge of the code explain if these issues might be worked on at some point? Development looks to be paused right now which is a shame as this feature has a huge amount of potential.

Probably the algorithm can be improved to better handle long faces.

The dicing is designed for displacement, where oblique faces need sufficient subdivision as well and faces are expected to be near pixel sized. Dicing for smooth surfaces is something that would be good to support, and would additionally take into account flatness to reduce the amount of subdivision.

The dicing is designed for displacement, where oblique faces need sufficient subdivision as well and faces are expected to be near pixel sized.

Thanks for replying. Yep, although because of the foreshortening on oblique faces, maybe the density can be reduced more than it currently is.

The examples in the last post apply mostly to off-screen areas - where you have a cropped camera view coupled with a significant part of the model extending beyond the frame. Here’s one more example of the varying off-screen dicing density: 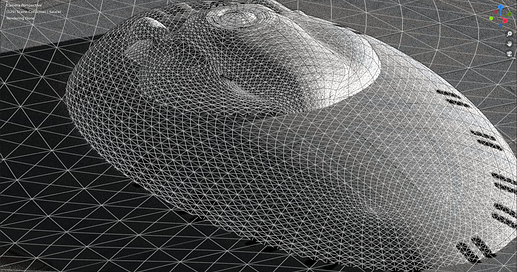 Dicing for smooth surfaces is something that would be good to support, and would additionally take into account flatness to reduce the amount of subdivision.

That sounds useful! Also some sort of pre-pass on the input texture which identifies flat areas and adjusts the subdivision level would be interesting to explore.

Could I finally add a symbolic vote for some sort of camera-space low-pass texture filter to limit fine detail and reduce aliasing (I think this has been brought up before). Currently there are two options; either dicing has to be set really small to avoid aliasing or the input texture has to be pre-blurred, but that only works for one camera distance and resolution.