Something to also be discussed is how to keep current development going and doing upgrade to 3.0 in parallel. For example, I have in progress some updates to modifiers that can be easily applied to 3.5 master. But we are aware that this would also mean extra work in the rewrite. One possibility is feature freeze, but this is not optimal, we need to continue developing features. The other is that person adding new patches is also responsible for feature parity in 3.0.

So for 3.0 we need to get it at least to the state of current features plus, the things that every second person trying out grease pencil will sooner or later bump into:

Also, a word on team organization. This meeting had more than 20 people in the call, which is great.
But also hard to manage. I’d recommend you watch this bcon22 talk from by Dalai, which addresses efficient working together: Geometry Nodes development process - YouTube

First, the workload on 3.0 is huge, but can be probably broken down to tasks of variable complexity. Not all developers are engineers. And not all developers really need to know everything to contribute. Me and Dedouze are web developers, which has little to do with low languages like c or c++… but some skill is translatable nonetheless… like using git, code readability, understanding of syntax… we can probably take over repeatable rewrite tasks, which as I understand will be the case with all the modifiers?

Usually it’s enough to provide a new patch and couple of words of guidance… and we should be able to take care of the code-monkey-ish part of development and thus making it easier for engineers to focus on the real work.

Also, we’re mostly employed and need to be honest about the hours that we can spend in this area, so we have a good expectation management and not to produce bottlenecks for the other members of the team.

It was a nice kickstart meeting everyone, as core Grease Pencil team, Daniel, Antonio and I, want to share the main goals of the rewrite in our opinion:

The goals list try to be neither conservative nor outside the scope of a feasible project.

i hope there will be some 1-stroke fonts tool to write text with it in draw mode, and with some options for caligraphy,

Good insight, and well put. Breaking down the work into precise tasks should be the next step - I think we all agree and are eager to dive into this.
I myself am not a developer (I know!) and I’ll help any way I can, to ease the workload of those who can actually code - taking notes during meeting is one thing, helping for communication or to gather sources from the outside could be another. Whatever can help move the conversation forward.

When the next goals are set, let’s review what skills are among us so we can split things in a smart way. Then talk about scheduling and reasonable expectations, as you mention.

If I may chime in on this, here’s my vision on Grease Pencil for the future:
I think that the future of Grease Pencil should bring it close to 2D vector illustration software (e.g. like Illustrator and Affinity). Workflow wise Grease pencil is still very much 2D, but then with a canvas that exists and moves in 3d space. In that sense, I would love to have a proper gizmo for the 3d cursor (you know with XYZ axis and rotation) which you can easily position around with your pen after pressing a keyboard shortcut. There are addons available for this, but the one I bought ceased to work in 3.0.
Also important is a panel to save and store the 3d cursor’s position and rotation. This is very helpful to recall a previous position without having to use helper meshes. Or might help to drag the cursor so it automatically aligns to the mesh below. If you hover over the cursor thumbnail it should show a ghosted position in 3d, which you commit by clicking on it. And it needs buttons to undo and redo the 3d cursor position.

I think right now managing materials and object layers should be more streamlined. I would advocate for Layers, groups and to have individual objects (each stroke/ curve) displayed inside of them. Then you could assign a certain appearance (read Greace Pencil material) to a layer or bunch of objects from within the layers panel.

The third thing for me would be a more modular UI. I would like to drag floating panels around, dock, collapse them to headers (when unused) and to expand them again by double clicking on the header. This may be a stretch for now, considering it is a different UI paradigm than Blender’s, but it is really efficient for 2D work. So how about starting with a dedicated colour picker, brushes panel, material panel and a navigator window (basically a small thumbnail size viewport, which either inherits the camera position of the main viewport or locks to the render camera so you can check the composition). The reason is that, since most of these are now grouped together in the properties, active tools or N-panel, which get synched when changing to sculpt mode or object mode. Ideally, entering into grease pencil drawing should bring a dedicated and efficient workspace catered to Grease Pencil. With that I mean, I want to resize the colour picker to a certain screen position and size. The same goes for all of the panels. Now you have to do too much scrolling each time to get them back again to where you want the settings to be on the screen.

And finally, a mirror camera and black and white filter to check the sketches would also be really helpful.

Please let me know if I should elaborate on any of this further if it was unclear.

Hi love the idea of User Stories -
Is anyone coming from industrial design / Automotive design already providing feedback?
I think in this industries grease pencil could have a great future.
Right now Workflows are usually 2d sketches in photoshop and then taking this ideas into a caid tool for 3d -mainly rhino or Alias (actually blender is used more and more as well

)
From what I see grease pencil could easily be the bridge between the 2d and 3d Workflow in design- if provided with a few specific tools for that task!

you can use alpha planes by setting blend mode to alpha clip. 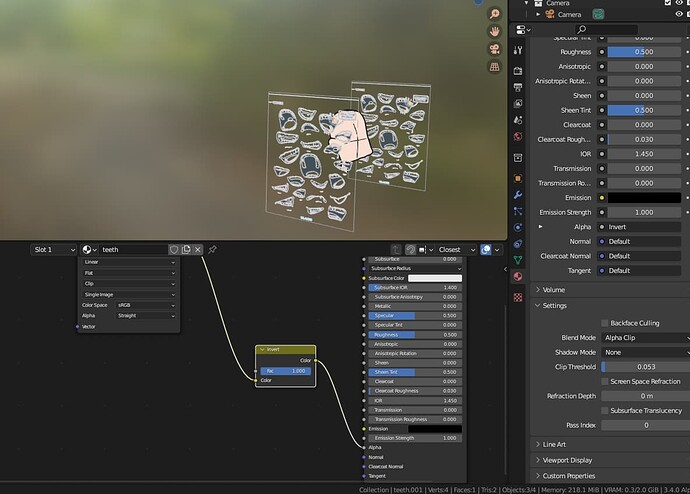 for layered effects, are they going to be previewed in VSE when the scene is added to sequencer ? same question for modifiers like Tint