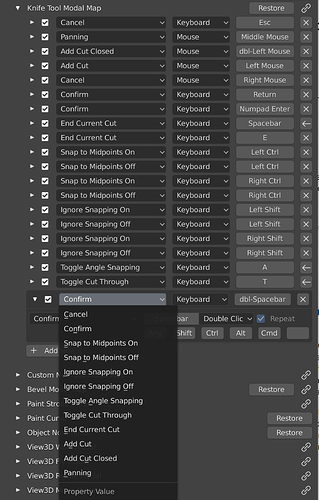 SOLUTION
If toggles were to be added for “midpoint snaps on/off” and “ignore snaps on/off”, users would only have to press a button once to activate snaps, which is easier to use for multiple consecutive snaps. It would also be more in-line with some of the other tools that have snap input and enhance customisability.