I know Blender isn’t a CAD program so it might not be fair to criticize it for not being something it wasn’t meant to be but I think it might be valuable for the devs to start looking into a non-destructive parametric workflow for Blender.

I work in the game industry and I recently had to start using Fusion 360 because of its boolean tools and non-destructive workflow. What can take me a week to do properly in Blender I can do in Fusion in an hour, still have control over things like bevels I made at the start of the project an hour later, and don’t have to worry about topology getting in the way or slowing me down.

The 3D industry is changing and more and more programs are popping up that use this kind of super-fast modeling workflow. A few popular ones are Fusion 360, Moi3D, Modo, and surprisingly even Houdini. I think its time blender catches up especially when hardcore Blender fans, like myself, are being forced to use these other tools because Blender just can’t compete with the speed they offer.

I think these nurbs surface/boolean/parametric modeling tools aren’t too different, in terms of philosophy from what blender already does in some areas. Blender’s modifiers are already non-destructive and they are arguably some of the coolest features in Blender.

There are a ton of addons that try to mimic this parametric or boolean modeling workflow. Hardops, carver, booltool, just to name a few. Some of these addons conflict with each other and there is no guarantee they will continue to be updated and supported in the next version of Blender so building a workflow around these addons as a professional is worrying, to say the least. Such a large number of addons wouldn’t exist for these features if there wasn’t a demand for it.

Does this mean the all of blender would need to be rewritten to support this? I don’t think so. Maybe I’m wrong but I think it would be possible to create a nurbs surface object and include boolean tools (without having to add a cumbersome modifier every time you want to boolean something) and editable feature history similar to Fusion just for that object. Then in time migrate those features over to other aspects of blender if that’s possible or desired.

Basically, I don’t think blender needs to be a complete CAD package with tooling paths and all the bells and whistles but I think a non-destructive workflow and features would be beneficial since that’s the direction the industry has already been moving in for a few years now and blender is getting left behind.

What do you guys think? Am I off my rocker or is this a good direction to take Blender in after the dust has settled from 2.8.

P.S. Is it just me or does the new 2.8 UI look suspiciously like Modo? (https://youtu.be/nLxAsvsORMg?t=57)
If we are going to be copying Modo please copy the tools lol

A better non-destructive workflow will certainly be appreciated much in the architecture community as well.

I agree that this is the direction industry is moving. Artists seek faster means of modeling and complexity managing which involves Booleans and Bevels. Fusion360 does this masterfully. This feature has a very high appeal that will raise quality of work for both new and experienced users.

Perhaps a “Hard Mesh” like relatively simple/elegant approach should be investigated:


To my understanding it’s something along the lines of destroying Beveled area and Bridging the surfaces together with profile: http://cgstrive.com/blend/hardmesh3.gif

Another relatively elegant approach that is worth investigating is VDB based booleans: 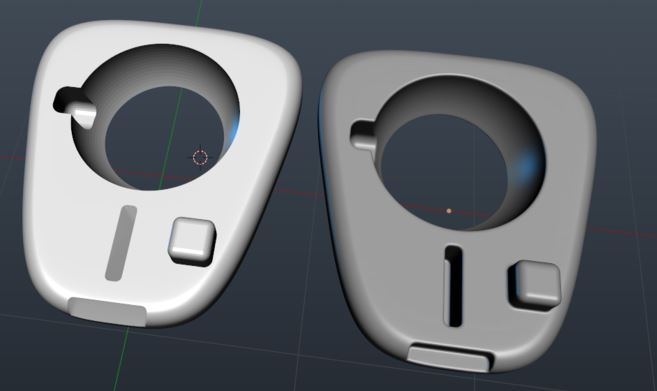 This is a common workflow in Houdini. VDB is exceptionally fast (uncomparable to existing remesh mod). Converting Voxels to mesh will result in nice smooth edges.
Ambi has an addon for Blender, but for non-destructive modeling it should be a modifier: 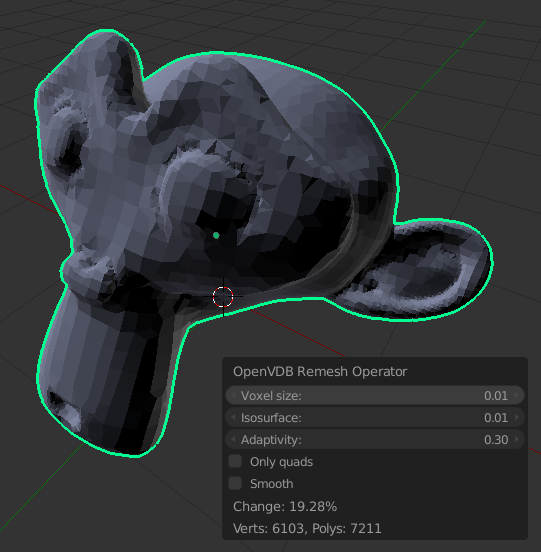 Hey guys. The default Blender retopology modifier isn’t that great so I decided to make a different one. It’s based on OpenVDB. Currently only supports 64-bit Linux (tested on Ubuntu 16.04 LTS) and Blender 2.7x as those are what I’ve been testing it...

I posted some thoughts in the Bevel improvements thread. Perhaps you should share yours:

Wazou: I’m not sure I agree that there’s a problem in the image you posted. I’m interested to see if I’m out of touch here. To your question about tool vs. modifier: the code for the two is almost completely shared, and I will push to keep the two feature-equivalent. cgstrive: I suspect that the problems with Bevel-after-boolean are a combination of: (1) Boolean problems; (2) the fact that Bevel currently doesn’t do anything about cases when the bevel causes edges to move past other geometry …

This website is not for feature requests and suggestions, the dedicated website for that is here: https://blender.community/c/rightclickselect/

For questions on existing features: https://emacs.stackexchange.com/

Closing since this is not part of code-quest development.