I’m developing an add-on to write logos and additional information on rendered images. This is an important need for our current and upcoming productions.
In order to have it as little intrusive as possible I don’t want to introduce a new Render button anywhere (cause we already have several renderer add-ons) so I base it on the handlers. I then set up a small compositing graph that is evaluated at every rendered frame and produces the final image. In code (see add-on below) I change the overlaid image of the Input Image node at every frame in the pre render handler.

Note that I can’t use an image sequence in my final script since each of these overlaid images would be created in script (with Pillow) in the same handler. So having an image changed in the handler is mandatory. 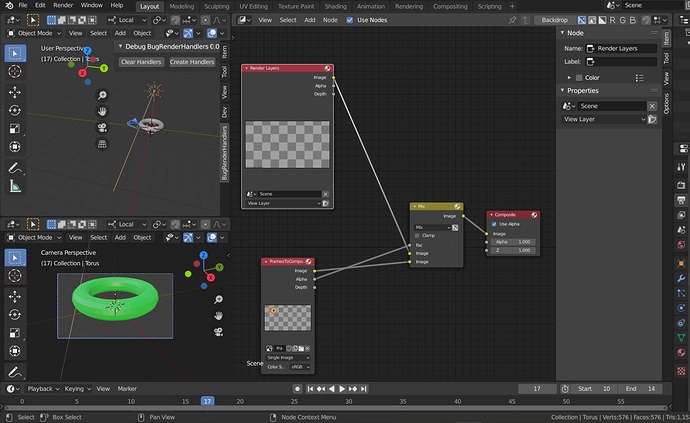 … But it appears that when we do so there is a kind of “latency effect” (or very possibly a bug) that makes each overlaid image appear… too late! They are pasted on the next frame, not on the one they are supposed to be.
When we activate the Metadata information on the rendered images we clearly see the offset (text in red is from the overlaid image, metadata frame index is at the left bottom of the image): 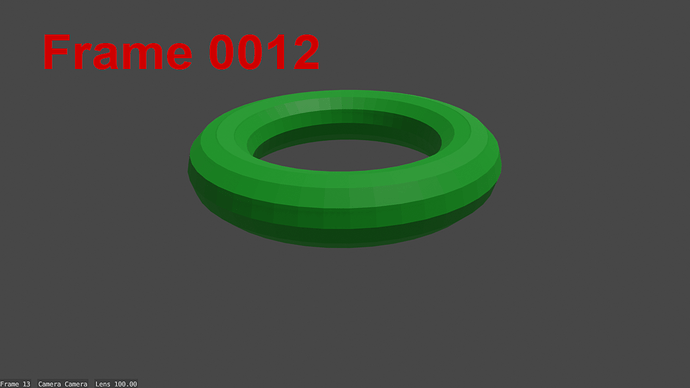 So the issue is that the image set at each frame in the Input node is not updated / taken into account at the right time.

I provide here a whole repro context (script / scene / data): https://www.dropbox.com/s/3edj3ogfvjta68t/BugRenderHandlers.zip?dl=0
To use the script and see the issue:

Thank you very much for any tip or help

Ok, one of the TDs I’m working with eventually came with a turnaround. Simple and smart.

In the Pre Render function my approach was to switch the Input Image node image from one to the other like this (line 110 of the provided script):

This changes everything! And now the script is working!
(but still, there is a strange and hard to explain behavior with the previous code)

Thanks Romain, thanks all