Proposing a new distribution method based on a prototype I have been working on. Point child. Primarily to allow you to create hierarchical scattering for outdoors environments.https://developer.blender.org/T84816

@Kenzie why not just using a proximity mask ? We do that In the scatter addon. Might be easier and less complex/ more flexible as once the mask is created you can use it with any particles user would like 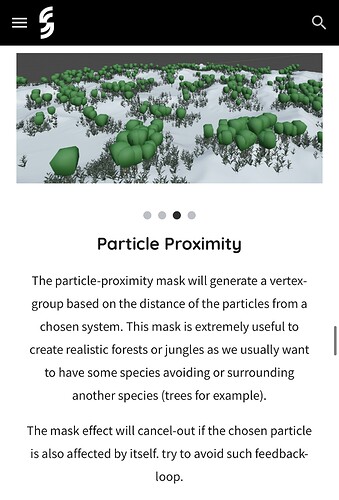 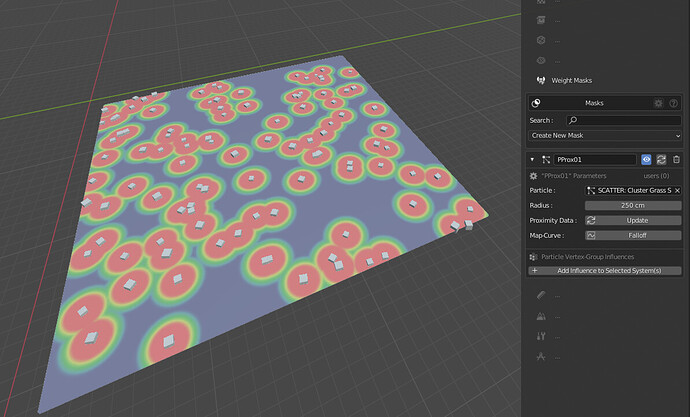 Definitely a consideration, the one problem I’ve had with the thought is the geometry would have to be tesselated enough to support the gradient, which might be a no go with lower poly stuff. Would make it easier though if users were okay with having to divide the model a bunch. Yeah, probably its the way to go.

Shouldn’t it be possible to have geometry nodes to calculate a denser mesh just to know where to place the particles, and then keep the original object topology?

Isn’t the more general solution to this problem a SDF? What if I want to, eventually, scatter some floating objects around each of those trees? A distance field that allows me to scatter within it might be more useful. It could also be useful to use when wanting to change some attribute of a particle based on how close it is to another 3d mesh etc.

Hi, regarding the concept of the active modifier, I see that there are still many areas where clicking on it doesn’t make it active:

These are all instances where the modifier should but currently doesn’t become active.
I still think that the drifting from the hover functionalities for hotkeys resulted in a major loss in speed, so if we’re going to have those depending on the active state, at least the aforementioned limitations should be tackled before the release of 2.92, in order to make the active state more responsive and fast to use, now it feels almost broken to use hotkeys with modifiers.

Hi!
As of my understanding and tests, you cannot treat scattered geometry as a real one, so there’s nothing you could do with that on top of Geometry Nodes modifier. However, you could scatter one geometry on top of another, and then use this for the next geometry to be scattered on top of. 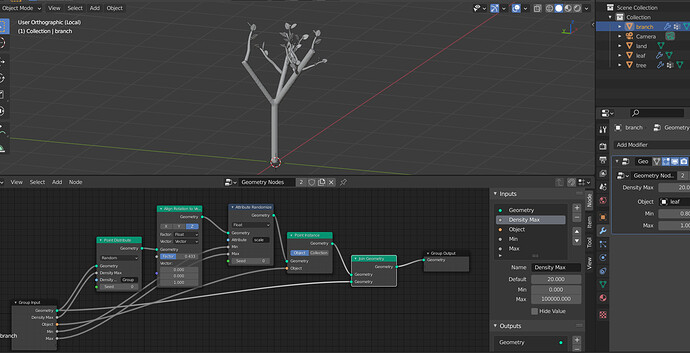 As you can see, using a weld modifier on generated point cloud was extremely efficient and useful at making the point distance themselves from each others.

yeah I really miss possibility to use shrinkwrap to stick instances to other objects.

Isn’t this still the case? I could use a displacement modifier right after geometry modifier in recent builds. Sorry if I missed the point.

Isn’t this still the case? I could use a displacement modifier right after geometry modifier in recent builds

No, it doesn’t work.

Hi, guys. So, I’m trying to instance a cylinder on another cylinder, but for some reason the instances are incredible squashed. Why?

Hi, guys. So, I’m trying to instance a cylinder on another cylinder, but for some reason the instances are incredible squashed. Why?

Because your emitter cylinder is scaled.

Yes, indeed is scaled, but it’s scaled proportionally and the scale is applied. So do I need to always scale on edit mode?

Oh, I see. Thank you very much.

I hope the team can solve the modifier “issue”. It would be nice to mess with the instances after de GN modifier.

I wanna see some cool artwork done with the tools already available. Anyone?

This is far from artwork, it’ll be more like a “techwork”. 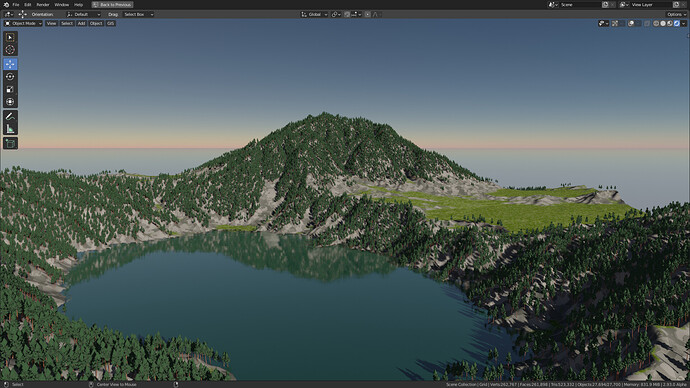