About Licensing: Google v. Oracle and Blender Addons - Is this true?

You suppose that a developer fervently believes that the best growth strategy for their software is to license it under a collaborative model, where the incentive for other developers to contribute their time and work (often for free) is to ensure that anyone of collaborators and users will be under the same rules under the same conditions.

Anyone is free to disagree about whether or not that model is good, useful, or whether or not it will be successful. But that dissent is not an excuse to break the license and go against the desire of developers who do believe in this collaborative model. Anyone who does not agree with the obligations imposed by the model is always free not to use anything related to that software.

In celebration of today's fantastic SCOTUS victory for software freedom, I'm **legally** releasing a GPL **incompatible** #b3d Add-on! (at least in the EU and US) https://t.co/zyKJu9Bof9

This is amazing news! While the court did not make a decision on the copyrightability of APIs (sadly), the ruling that Google made fair use of Oracle's API declaration, sets a precedent that will make it difficult to build a case around API copyright in the future! https://twitter.com/SCOTUSblog/status/1379071916741382144 …

A Blender® Add-on legally distributed under a GPL-incompatible license!

Note that this class of models not only involves developers, but also users. For my part if this is true, I do not wish to continue to involve myself with a model that can be broken simply by the own particular interests of a third party. I am not a developer. I am a simple user, beta tester and I provide some support in forums (not very important really). The community doesn’t really lose anything by my departure, but just saying.

================
GPL license is chosen by those who want a software development model in a collaborative way, where all collaborators who contributed time from their work are assured that all will be on an equal footing with regard to giving and taking, in a fair system for the participants.

Stallman also addressed the propagating nature of the GPL, saying: “Whoever wishes to copy parts of our software into his program must let us use parts of that program in our programs. Nobody is forced to join our club, but those who wish to participate must offer us the same cooperation they receive from us. That makes the system fair.”

Contrary to what many believe, the GPL license has little to do with the idealization of the concept of “freedom” in the sense that anyone can do with the software/code/project what they want, it is much more a license with wanted restrictions and obligations that imposes a development model to guarantee the “give and take” under equal conditions for participants: 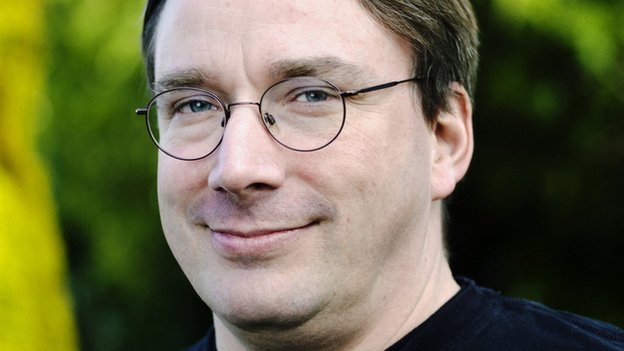 Linus Torvalds: Linux succeeded thanks to selfishness and trust

Linus Torvalds explains why he think Linux has become so prevalent in the computing world.

The fundamental property of the GPLv2 is a very simple “tit-for-tat” model: I’ll give you my improvements, if you promise to give your improvements back.

Finally, some good news. Freedom prevails, this time at least.

Freedom is also the freedom that the developer has to be able to choose a model and for this model to be respected. If not, the freedom of these developers is being violated, they do not have the freedom to choose a model for their software.
If we want true freedom, then let us be free to break any license, even those proprietary licenses with which one is called a “pirate or criminal” by breaking them.

To go further, let’s be free to take your personal belongings. Freedom is not debauchery.
Here most of us live in “free” countries, but always under certain laws and regulations to be complied with.

Software piracy is a very different thing for it doesn’t provide anything new or original and you know it.

Did anyone read the entire decision? It is basically stating something that would be obvious to most people, that copyright applies to implementation of code, not to declaration. It is a very narrow decision about how a very specific copying of the organization of code, not the code itself, is fair use. Can’t see how that applies to us. Probably the best analog is that we could, if we wanted, change our python calls so they were named and organized like a competitor’s python calls. That way it would be easier to write addons for both.

Hi, I have read but I am not a developer so there are probably some technical issues that I don’t understand. What I am interested in knowing is if the following can now be broken/skipped:

Blender’s Python API is an integral part of the software, used to define the user interface or develop tools for example. The GNU GPL license therefore requires that such scripts (if published) are being shared under a GPL compatible license. You are free to sell such scripts, but the sales then is restricted to the download service itself. Your customers will receive the script under the same license (GPL), with the same free conditions as everyone has for Blender.

Sharing Blender or Blender add-ons or scripts is always OK and not considered piracy.

Since that comes from the official Blender site, I not only take it as a legal advice, but also as a wish for the development model.

I’m not seeing how you are connecting these things. They are completely unrelated. This decision was merely about whether one American company could stop another American company from organizing and naming code functions in way that that made them compatible for the caller, even though the code itself was different.

I’m not seeing how you are connecting these things.

Just because of what some were suggesting in a Blenderartists thread:

How to distribute a compiled addon?

No, addons not need GPL licence. If you want change Blender code and create new custom release, then this release must be GPL.

How to distribute a compiled addon?

Not sure what to say. People make wrong assumptions about things all the time. Doesn’t make them true.

@LucaRood this is very interesting, can you elaborate a bit more here?

What does this means for addons that make usage of the Blender Python API?

What does this means for addons that make usage of the Blender Python API but that at the same time are connected through intimate communication with closed source?

This is a very interesting topic and I can see you know it deeply, please elaborate here

The GPL and legal definition of a derivative (using the API) have not technically changed by law. This case mentioned above was a ruling, which changes perception of the law, but legally doesn’t change law for everyone else, only this particular case. Maybe in the near future it might be more of a grey matter if an API dispute is taken to court, especially in EU and US where this ruling happened, but it doesn’t mean this is now new law. As it stands, using the Blender API as an addon is a derivative of the sourcecode, and thus the addon has to remain GPL to be distributed. Third party compiled code for the addon can have another license, but the addon itself must remain GPL.

As it stands, using the Blender API as an addon is a derivative of the sourcecode

That’s assuming that plugin creators are not producing anything original only because they import bpy, which is a bit outragous IMO

Blender’s Python API is an integral part of the software, used to define the user interface or develop tools for example. The GNU GPL license therefore requires that such scripts (if published) are being shared under a GPL compatible license. You are free to sell such scripts, but the sales then is restricted to the download service itself. Your customers will receive the script under the same license (GPL), with the same free conditions as everyone has for Blender.

addons creators are indeed creating something original ! It’s something that require creativity and originality! Telling them that the only thing they can sell is the download service itself completely ignoring the creative process, like it’s not even there…
using open source API does not mean that their intellectual work is suddenly becoming completely valueless, at least that what i understand from this jurisprudence.

What we need is advises from an independent and impatial lawyer. There’s not really a lot of discussion to have otherwise.

According to my understanding, you are allowed to reimplement the Blender API and release it under any license you choose, at least in the United States.

Not sure where the jump comes from that anything changes for the official implementation of the Blender API.

Edit: My speculation: If you were to reimplement the Blender API and you released it under e.g. Apache or MIT, addon developers could create addons for your implementation and as such release it under another license.
However, when an addon developer sells it in a place like the BlenderMarket, it is clearly using the official Blender API. This seems to make the situation difficult in the US and nothing changed anywhere else.

addons creators are indeed creating something original ! It’s something that require creativity and originality! Telling them that the only thing they can sell is the download service itself completely ignoring the creative process, like it’s not even there…

And saying that is like ignoring the creativity and originality of everyone who contributes code to the blender project. Originality has nothing to do with the license.
Many patches contributed by contributors to Blender are also original. If the creator of the software adopted GPL for the development model for his project (including API) it is because he believes that this collaborative model where everyone can take the code, analyze it, modify it and redistribute it, is the best for the model ot the whole software.
If you don’t like the model, you are free not to choose that software or develop addons for that software.

Fair point, But still, supposing that a commercial addon developer is only selling the download service itself is a bit provocating. It could be formulated on the website a bit differently for example “the addon developer can sell his creation only if the script license is GPL compatible”

Indeed, but please don’t tell people that GPL is about freedom and openness while simultaneously telling this. it would be a bit ironic.

Indeed, but please don’t tell people that GPL is about freedom and openness while simultaneously telling this. it would be a bit ironic.

The GPL is about freedom to share and change the code.

The GPL is about freedom to share and change the code.

Freedom while being restricted is not really freedom isn’t it?
MIT is trully about freedom !
Anyway we are slowly becoming offtopic, i’ll stop engaging.

Freedom while being restricted is not really freedom isn’t it?

Regarding that you read the text that I have added at the end of the first message of this thread.

Freedom while being restricted is not really freedom isn’t it?
MIT is trully about freedom !
Anyway we are slowly becoming offtopic, i’ll stop engaging.

The original developer gives everyone the freedom to use the code when using the GPL and makes sure publicly available versions of it stay open. MIT can be used in closed source projects and like that, they are going to take your freedom away to use modifications they made.
Total freedom doesn’t exist. There are always restrictions.

And to make it clear: I very much prefer MIT.