The activity started well in the beginning of the week, and it dropped a bit by the end of it. 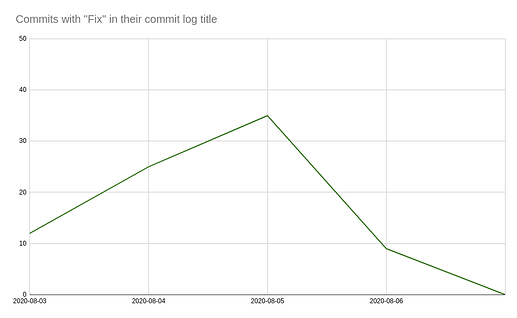 Part of this is the code quality Friday that coincided with the bug sprint. Part is the delay from when a bug gets fixed, then reviewed and merged.