What is the GPU doing? Can we do this asynchronously?

Hi there, I was profiling some Modifier workflows and I noticed something in VTune. If you look at the attached image you’ll notice in the lower panel, with the graph, the second highlighted row is the CPU work of the modifier, there’s a lot of idle time in between, which looks like the time’s being used up by the upper highlighted row. When I expand that, it looks like it’s all GPU work (there’s a second attached image with that top row expanded). I was wondering if you knew what exactly was going on there, because I wondered if: 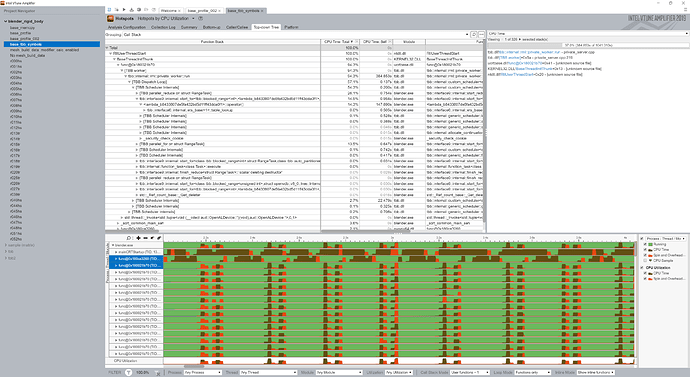 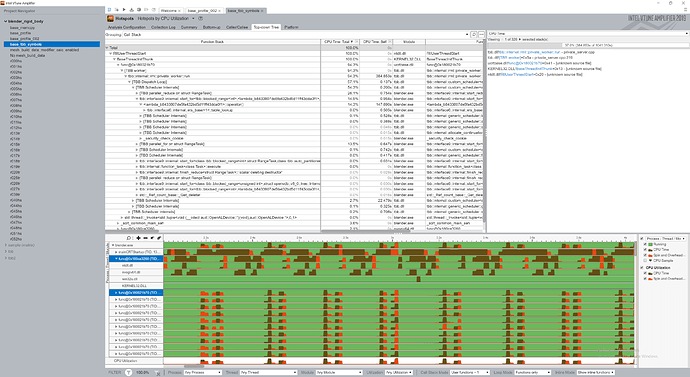 afaik no part of the modifier workflow is currently using the GPU,so whatever the GPU is doing it’s likely drawing related best guess, it’s transfering the new mesh data to the gpu+drawing it. but you’ll have to take a closer look your self to confirm.