First I thought to file this as a bug, but it is one rather from POV of usability, which is a stretch, not to mention I might be the problem

When Microdisplacement is driven by a procedural texture with Texture Coordinates->Object, the displacement changes Object Texture Coordinates making the texture effectively lost for shading purposes (it gets generated differently). Basically - you can’t color based on produced displacement. There is a coordinate discrepancy that easily becomes visually unacceptable. For example, when you have a hard depth threshold that stops matching it’s mask.

So the only workaround I found is to generate UVs and bake whole texture sequences (thankfully that’s an option thanks to sequence baking Addon), which isn’t exactly a great solution.

Any ideas as to what I might be getting wrong? 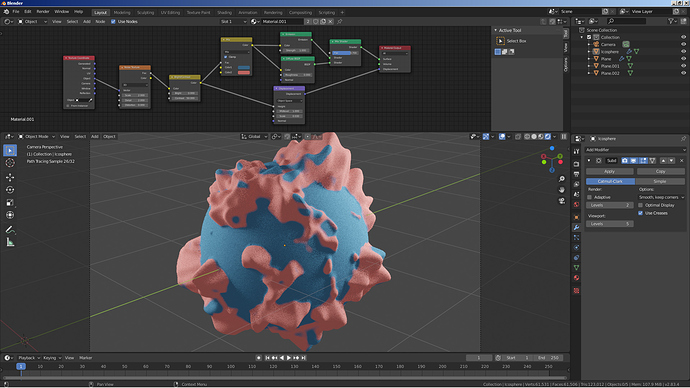 I would use a gradient texture set to spherical to achieve the result I think you are looking for. 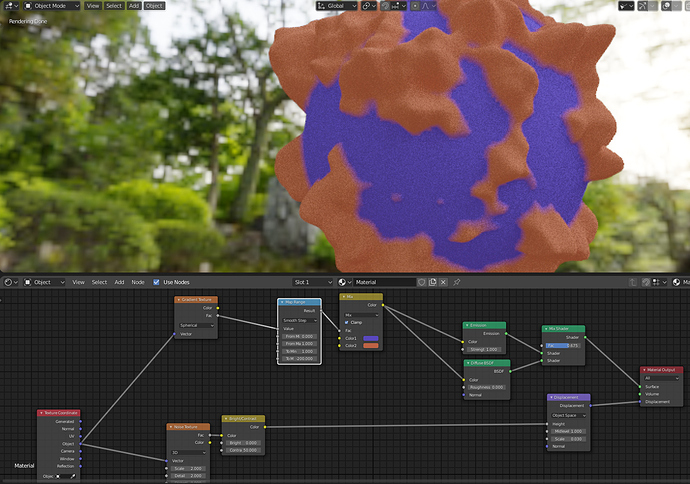 Hi and thanks, but the image is a mere illustration of the title

The point in using Object Coordinates is to deal with shapes that can’t be unfolded into UVs or default projections in a way usable for procedurals.
I’m likely missing some node math of reversing the TexCoord displacement (will try more). If it’s not possible at all, this might be a good point to add into consideration in case some further node overhaul will happen.