I want an improvements to create curved lines like in photoshop1 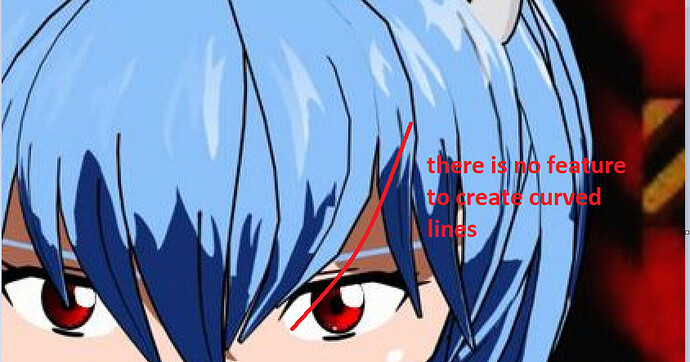 there is no feature to create curved lines 1.png

my topic have not been responded
so i post my topic again
this is very important, please respond it

Firstly, devtalk is not meant for feature requests, but it is meant for discussing development problems/ideas and giving feedback on existingdevelopments. If you want do create a feature request you can do that over here . But be prepeared that there are lots of users with feature requests and most things can’t / won’t be added for various reasons (not enough developer, conflicts with other stuff, you name it). So if you want to be successful you need to carefully pitch your idea and make it extremely clear why it would be useful to add to blender.

Secondly, and I’m sure you don’t mean it that way, you’re post comes across as extremely rude and demanding. That’s probably just because english is not your first language, but I think it’s useful if you know that’s the case so you know why people might not react as friendly as you’d hope.

I wish you good luck in your idea pitch. I’m afraid just dumping an image doesn’t really make it clear what you mean, by the way.

where link can i want do create a feature request?