Developers or artists interested in contributing are welcome to join at the links below.

Points vs. no Points:

For a long time I thought that the purpose of the point instance node is to instance points not objects on those points.

Yeah, we wanted to make that clearer too. I guess it isn’t mentioned explicitly here, but the new fields version of the node has that name.

As far as I know, String is currently used as sort of “text input”. So, a Text naming, like Text Input, wouldn’t make more sense for the average user?

I think the “string to curve” node name is misleading and should be “text to curve” or something with “text” in the name. Anyone that codes, knows what a string is, but for many artists that may search for a node to create text, may find the node name confusing. Having a string as an input is fine though, imo.

Yeah, something like that. A String to Curve node desn’t say anything about a text output.

I don’t know If I properly understood this, but As far as I Understand, the current set position node (The last time I used it in the fields prototype, I may be wrong) sets the position of all points selected , to a specific point in space , specified via the input vector. The result is that all points affected by the node are collapsed to a point. So far so good, this has It’s use cases.

The proposal here is to add a “translate points” node that just move the points by an offset specified via the input vector, or similarly, add an "offset " option to make the "set position " node act as a “translate node” Is that correct?

If yes, How is it different from using the “Transform” node that just translates the points (other than having the selection input, Wich should be included in the “Transform” well Imho)

In another thread (I can’t remember where exactly) I proposed another option for the “set position” node: The offset boolean option you mentioned, could set the position of the “centroid” or “baricenter” of the selected points to the input position vector, instead of adding it to the original position.

For future development, the user could also be able to input a custom pivot to move to position, instead of the default “centroid” or “baricenter”.

Let me know your thoughts about this Idea!

Well, to be proficient with Geometry Nodes, you are expected to know at least basic programing data type nomenclature such as integer, float, bool, string and so on. In the programming context, string and text seem to be two different things, where string is usually raw “string” of characters, hence the name, where as text is something more complex. Something that tends to carry not just a continuous string of characters, but additional data to define formatting and display of such text.

On the one hand, I agree that for new users it’s not that important, and would reduce learning curve. On the other hand, diverging from the programming terminology could introduce more debacles similar to the fact that the float constant input in Geometry Nodes is not called float, but a very ambiguously a “value” (which can mean anything). So a person who actually is familiar with programming terminology will now have harder, and more confusing time finding a float constant.

We should decide whether to botch the programming terminology to make GN more available to beginners, or not. But the worst possible scenario is where part of the terminology is adhered to, and part is broken. In that case, both the beginner and experienced camps of users will be equally as confused.

What are your thoughts on Texture > Noise Texture in Geo Nodes. Should it not be Generate > Noise.

The set position node takes a field. It doesn’t collapse all points to a position unless you provide it a “constant” field 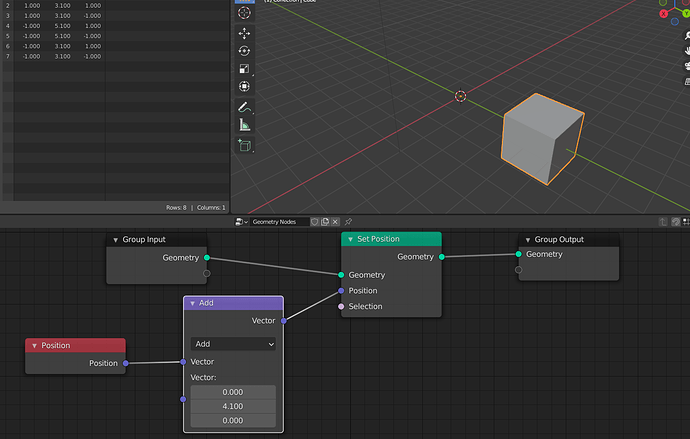 Makes sense, Infact I happen to have used that with constant fields. The setup you did basically emulates what I think @HooglyBoogly would do with the boolean “offset” if I’m not mistaken.

Which is the same of this (except for the possibility to select points), correct me if I’m wrong: 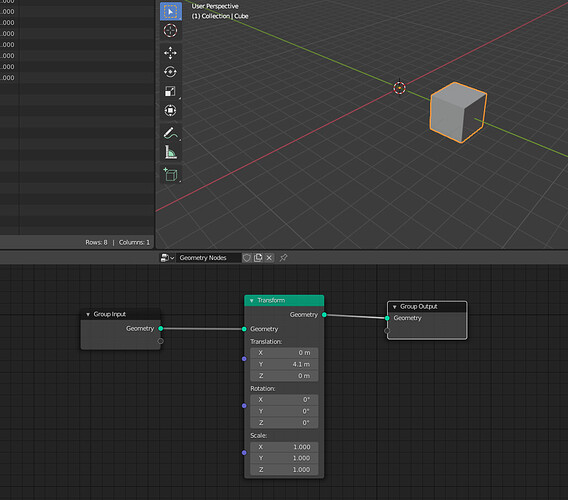 What I meant with my proposal is actually this: 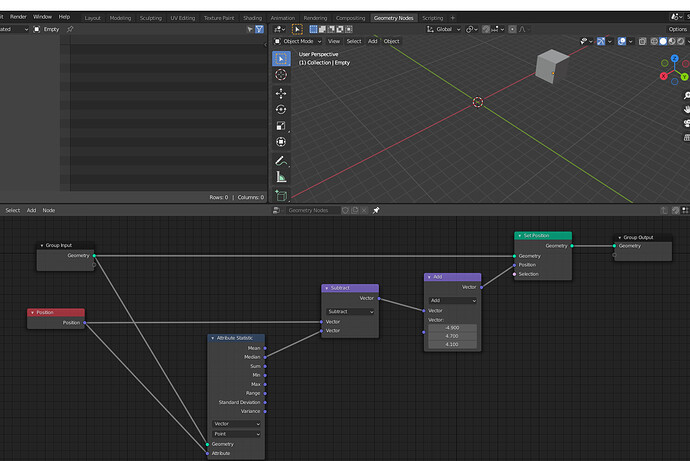